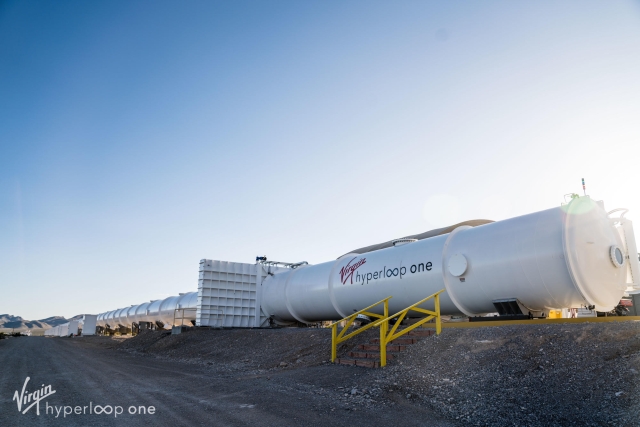 Virgin Hyperloop One, the company which would develop the Hyperloop system between Mumbai and Pune, is busy in testing the super fast mass transit system in the deserts of California.

The company’s engineers are working on the hyperloop system that aims to move people and cargo in small wheel-less pods in a vacuum tube at speeds that could exceed beyond 950 kmph, reports Economic Times.

According to the report, Virgin Hyperloop One - which has Richard Branson’s Virgin group as a minority investor - is one of the several companies in United States and other countries developing the hyperloop technology.

Virgin has reportedly raised $295 million and is in the developmental stage with projects in India and Ohio.

As per the report, Maharashtra government has last month declared the company’s proposed hyperloop system between Pune and Mumbai as an official infrastructure project.

A 7-mile test track construction for the hyperloop project could begin this year, Virgin Hyperloop One’s chief executive officer Jay Walder was cited in the report as saying.

Passenger operations could reportedly begin by the middle of the next decade, reducing travel time between the cities to 30 minutes.

Virgin’s testing of the technology began in 2017 and it is now doing so with a full-scale test track. It is using a 1,640 foot long and 11 foot high tube for conducting hundreds of runs with an empty pod that in one test accelerated to nearly 390 kmph.

The commercialised system, according to the plans, call for the system to achieve a continuous speed of 820 kmph, with a possibility of nearly 1080 kmph.