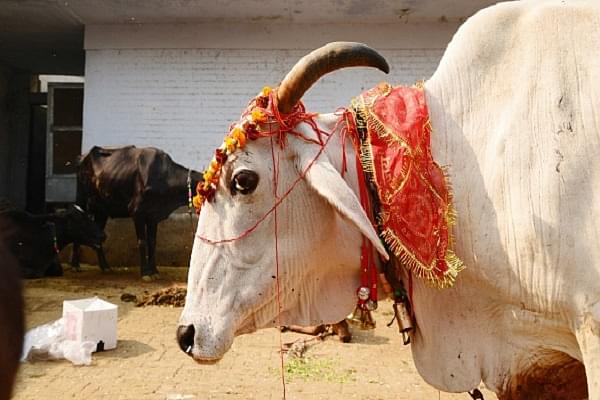 Representative image: a cow at a shelter in New Delhi. (Photo by Ramesh Pathania/Mint via Getty Images)

A Muslim youth was killed by two persons from his own community for preventing cow slaughter in Jharkhand's Garwah district.

According to the police, the incident took place at Uchari village in Garwah district late on Monday night. The youth, identified as Mohhamad Arzoo (18), was killed after his throat was slit by two members from his own community. The alleged killers -- Munnu Kureshi and Kaiel Kuraeshi -- have been arrested. The body has been sent for post-mortem.

The state's Drinking Water Minister Mithilesh Thakur reached the village on Tuesday to find out more information about the incident.

Demanding justice for her son, the mother of the deceased said, "My son used to prevent people from slaughtering cows, for which he faced resistance from our own community members. On Monday night, two youth killed my son."

The story has been published by a syndicated feed, only the headline has been changed