Mythbuster: Open Offices Aren’t So Open After All; Reduce Face-To-Face Time By 70 Per Cent, Says Study 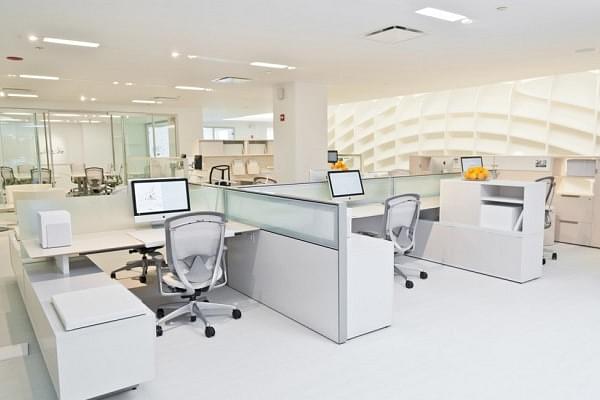 A study published in the Philosophical Transactions of the Royal Society B, has stated that face-to-face communication between employees dropped by a massive 70 per cent and productivity slipped after the traditional office spaces were converted into open floor spaces. The survey pertained to two multinational Fortune 500 companies. Also, the use of E-mail increased between 22 per cent and 56 per cent, as reported by ARS Technica.

The study noted that the removal of physical dividers, contrary to popular opinion, may have made it harder for employees to collaborate and promote collective intelligence in the organisation.

The authors of the study, Ethan Bernstein and Stephen Turban, who teach at Harvard University, have called the obsession of companies to create “vibrant workspaces” as a ‘war on walls.’ They write, by tearing down walls, “what they (the companies) often get— as captured by a steady stream of news articles professing the death of the open office — is an open expanse of proximal employees choosing to isolate themselves as best they can (e.g. by wearing large headphones) while appearing to be as busy as possible (since everyone can see them).”

Even before the study laid to rest the scientific take on open workspaces, many employee surveys and media reports had already negatively commented on the increasing adoption of open architecture. Previous studies had also said that open workspaces were bad for employee health.

The obsession of open workspaces is such that Facebook’s CEO, Mark Zuckerberg, sits on the same desk as every other employees, in a massive open office plan.

However, the trend might be reversing. There have been reports, which suggest that Apple employees have threatened to quit if the company went ahead to have an open-office plan in their new swanky headquarters.

Perhaps, there might be a middle ground. Organisations could adopt the workspace designs pioneered by the legendary founder-CEO of Apple, Steve Jobs, at Pixar Inc. He opted for individual offices combined with large areas without desks or work areas. The results are convincing too. Pixar is now considered as the world’s greatest animation company.