Namma Metro Link To Bengaluru International Airport: A 28-Station Route Being Planned From Silk Board To KIA 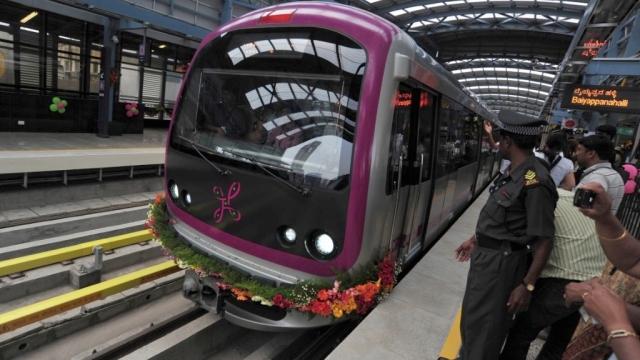 The Bangalore Metro Rail Corporation Limited (BMRCL) has set 2023 as the deadline for the 55-km line to Kempegowda International Airport (KIA), reports The Hindu.

The Namma Metro line will begin at Central Silk Board and cross two interchange metro stations at KR Puram and Nagawara. There would be halts at 28 stations before reaching the KIA campus.

The managing director of BMRCL, Ajay Seth, said that 13 stations would come up between Central Silk Board and KR Puram and 17 stations between KR Puram and KIA via Hebbal.

“On the extended line, from KR Puram to Hebbal, the distance between each station would be 1.4 km. After Kogilu Cross, the number of stations would come down with an average distance of 4 km between each of them,” said Seth.

The KR Puram-Hebbal stretch was initially part of phase III project of BMRCL, but it has been advanced, and it will be executed under phase II B.

Before entering the KIA campus, the metro would halt at Trumpet interchange. “This would help commuters travelling towards Devanahalli and beyond,” he added. BMRCL would reportedly spend Rs 16,579 crore to build this elevated line.

The State Cabinet had, a week ago, given its nod for extending the metro from KR Puram to KIA. The BMRCL is also reportedly preparing a detailed project report, after which, the Centre will be approached for approvals, The Hindu quoted officials as saying.