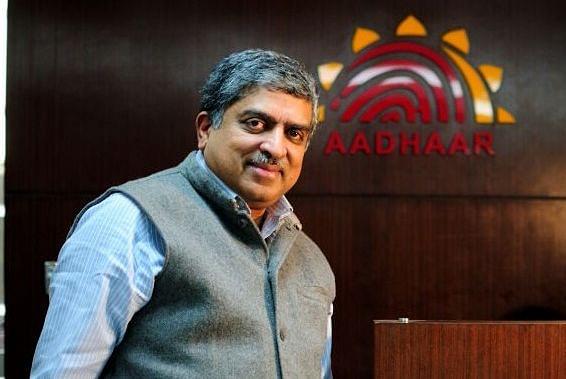 Former chairman of Unique Identification Authority of India (UIDAI) Nandan Nilekan on Monday (22 April) defended Aadhaar and said it did not qualify as a tool for surveillance and privacy, and it was just an ID, Mint has reported.

Nilekani was speaking during an interactive session at the National Executive Committee meeting of Federation of Indian Chambers of Commerce and Industry (FICCI).

According to Nilekani, privacy is different from surveillance. “...Especially privacy is used in the market sense where a business is not too much about you and, therefore, you can commercialise it," Nilekani said.

The former UIDAI chairman further said surveillance was more of a state concern, in which state knows too much about the individuals and then uses it. Responding to a question from audience, Nilekani said that surveillance should be a matter of concern.

Earlier, in 2018, former United States Central Intelligence Agency (CIA) official and whistle-blower Edward Snowden had said that the Aadhaar is a mass surveillance system and if not fixed now then it will lead to the death of all civil rights of Indians. Similar concerns were raised by other people too. However, the UIDAI had maintained that Aadhaar neither creates a surveillance state nor violates privacy.