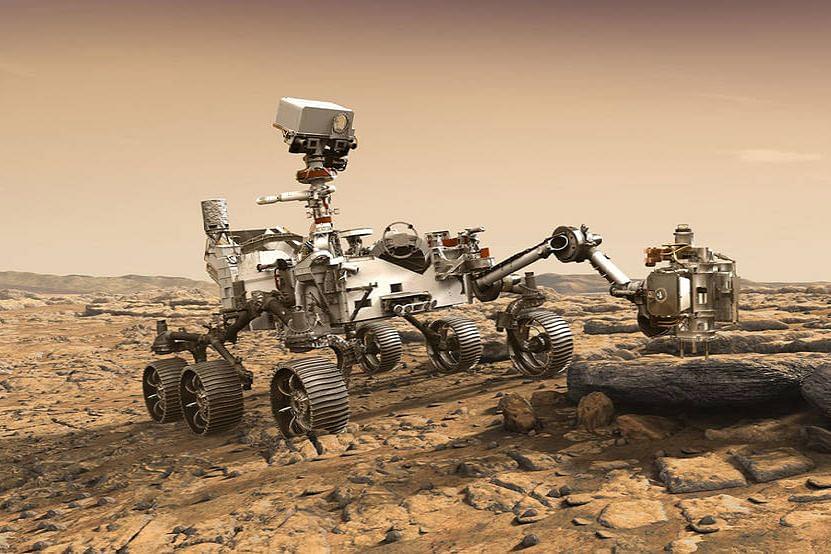 NASA has postponed the launch of its Perseverance Mars rover to 20 July after the team determined that it needed additional time to repair an issue with the ground system equipment.

Perseverance was earlier scheduled to lift off aboard a United Launch Alliance Atlas V 541 rocket on 17 July.

"NASA and ULA are now targeting Monday, July 20, for launch of the Mars 2020 mission of the Perseverance Rover on an Atlas V rocket from Space Launch Complex-41 on Cape Canaveral Air Force Station in Florida," NASA officials said in an update on Thursday (11 June).

The launch is scheduled for 9.15 am ET with a two-hour window, they added.

According to Tory Bruno, the CEO of United Launch Alliance, the issue involved a faulty crane.

"Crane, now fixed. Rocket is fine," Bruno tweeted in response to a question by a Twitter user about the cause of the delay.

The Perseverance rover, a robotic scientist weighing 1,025 kg, will search for signs of past microbial life on Mars and also collect samples for future return to Earth.

It is scheduled to land on Mars' Jezero Crater on 18 February 2021.

Perseverance is part of a larger programme that includes missions to the Moon as a way to prepare for human exploration of the Red Planet.

Charged with returning astronauts to the Moon by 2024, NASA will establish a sustained human presence on and around the Moon by 2028 through NASA's Artemis lunar exploration plans.