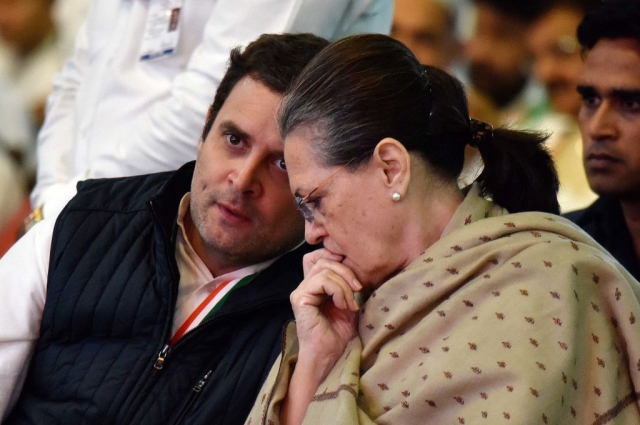 The Delhi High Court on Monday directed Young Indian Pvt Ltd – in which top Congress leaders Rahul Gandhi and mother Sonia Gandhi hold a majority stake, to deposit Rs 10 crore in the Rs 249.15 crore income tax (IT) proceedings against it.

The mother-son duo is the majority stakeholder in Young Indian Pvt Ltd with each owning  38% in the company. They face charges of cheating and misappropriation of funds in acquiring ownership of now-defunct daily National Herald by floating Young Indian Pvt Ltd. They are currently out on bail.

A bench of Justices S Ravindra Bhat and AK Chawla directed the company to deposit half the amount with the Income Tax department before 31 March and the remaining by 15 April.

The bench also ruled that subject to deposit of sum of Rs 10 crore, the tax authorities shall not enforce the demand of Rs 249.15 crore made on the company for the assessment year 2011-12. The high court also sought the IT department’s response on the company’s plea challenging the demand and the proceedings emanating from it. The courts listed the matter for further hearing on 24 April. Young Indian Pvt Ltd had on 14 March moved to the high court seeking a stay on the income tax proceedings against it.

Background Of the Case

Then in March 2011, Sonia Gandhi and Rahul Gandhi floated a firm called Young India Limited (some newspapers report the name as ‘Young Indian’), with mother and son each holding 38 per cent stake. This new firm proposed to buy the liabilities of AJL, which amounted to Rs 90.21 crore, for Rs 50 lakh to be taken out of the Congress coffers. Allegedly, the party also paid an additional Rs 1 crore for renovation of Herald House, situated at 5A Bahadur Shah Zafar Marg (the road in Delhi known as the ‘Press Area’). This is only one of the many properties AJL owned; with its entire real estate wealth estimated to be worth between Rs 1,600 crore and Rs 5,000 crore.

The case was originally filed by Subramanian Swamy against the Gandhis, their companies and associates in a Delhi court in 2013, alleging cheating and misappropriation of funds in acquiring ownership of now-defunct daily National Herald.