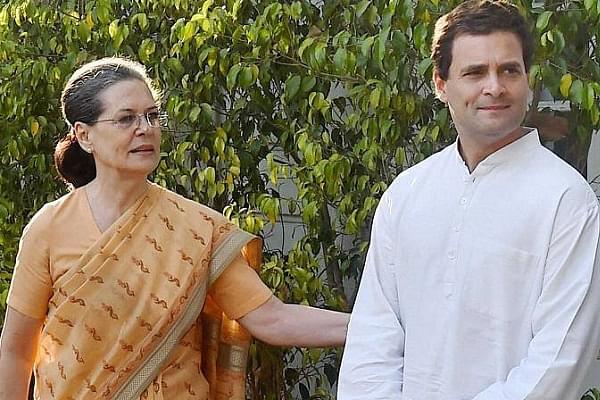 The Supreme Court has decided to hear the petitions filed by Congress leaders Sonia Gandhi, Rahul Gandhi, and Oscar Fernandes challenging the Delhi High Court order directing the re-opening of their tax assessment for the year 2011-12, Bar and Bench has reported.

The petitions were listed before the Bench of Justices AK Sikri and S Abdul Nazeer.

The Gandhis and Fernandes were represented by Senior Counsel P Chidambaram, Kapil Sibal and Arvind Datar, while Solicitor General Tushar Mehta appeared for the Centre.

The Court did not issue a formal notice in the case. The next date for final arguments has been set for 4 December, however there is no formal stay on the tax assessment proceedings against the petitioners.

The matter pertains to reassessment of the IT returns of the Gandhis and Fernandes in relation to the National Herald transaction.

IT department had earlier issued a reassessment notice to the Congress President Rahul Gandhi in March 2018. The IT department had alleged that the Congress President had wilfully not disclosed his directorship in Young India Pvt Ltd. Gandhi’s shares in Young Indian allegedly resulted in an income of Rs 154 crore, as opposed to the earlier assessed income of Rs 68 lakh.

A similar notice was issued to Sonia Gandhi and Fernandes on the same day for allegedly not disclosing income arising out of their status as shareholders in Young Indian for the AY 2011-2012.

It has been alleged by the IT department that in 2011 the firm Young India was created by Sonia and Rahul Gandhi using a paid up capital of 5 crore. Both Rahul and Sonia are alleged to have owned a 38 per cent stake each.

Sonia and Rahul Gandhi were dealt a blow by the Delhi High Court when it rejected their application challenging the Income Tax notice which sought tax reassessment of financial year 2011-12. The High Court bench of Justices S Ravindra Bhat and AK Chawla observed that the Income Tax department has the power to reopen tax proceedings and asked the Gandhis to approach the department regarding the matter.