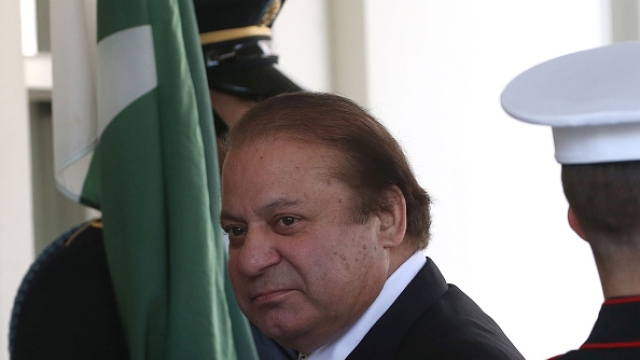 An anti-corruption court in Pakistan today postponed the indictment of ousted prime minister Nawaz Sharif on charges of corruption in the Panama Papers scandal.

Sharif, 67, arrived at the accountability court amid tight security for the court hearing in three graft cases against him and his family.

During the hearing, his lawyer Khawaja Haris argued that all of the accused in the case have to appear in court before an indictment can take place.

Mohsin Shahnawaz Ranjha, a leader of Sharif's Pakistan Muslim League-Nawaz (PML-N), told the media after the hearing that last for more than an hour that the indictment has been postponed.

"The indictment is still pending and it would be discussed at the next hearing on Monday (9 October)," he said.

The court also issued non-bailable arrest warrants of Sharif s daughter Maryam, sons Hussain and Hasan and son-in-law Muhammad Safdar and summoned them for the next hearing. Sharif had earlier appeared before the accountability court on 26 September in connection with the case.

The Supreme Court had disqualified Sharif on 28 July in the Panama Papers case and ordered the National Accountability Bureau (NAB) to file corruption and money laundering charges against the Sharif family and Finance Minister Ishaq Dar.

The NAB has filed cases of corruption and money laundering against Sharif, his family members and Finance Minister Ishaq Dar in the Accountability Court in Islamabad and Rawalpindi. The anti-graft body also froze the bank accounts and seized properties of Sharif and his family members to put pressure on them to appear before the court.

Sharif's family has alleged that the cases are politically motivated. (PTI)