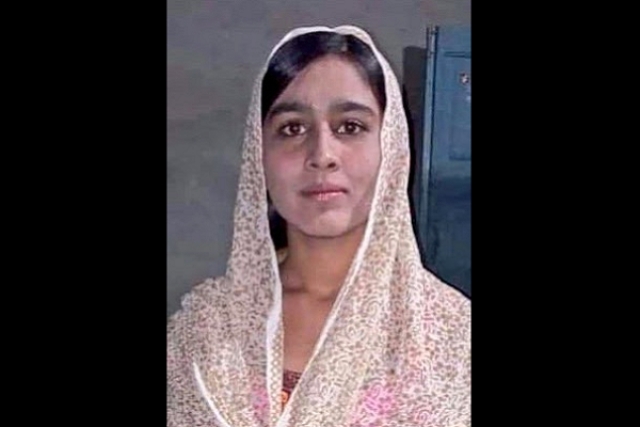 16-year-old Anusha Meghwar from Sindh who was abducted and forcibly converted to Islam (Source: @KDSindhi)

In Pakistan’s Sindh, a 16-year-old Hindu girl Anusha Meghwar was forcefully abducted and married to a Muslim man. Meghwar was allegedly abducted from the Salam Kot area in Tharparkar. Anusha’s groom enjoys the support of the local Muslim cleric who is infamous for forcibly converting non-Muslim minorities to Islam.

Reacting to this incident, Prime Minister Imran Khan’s ex-wife Reham Khan has reportedly said, “Another case of a Hindu female child forcefully converted and married off. Disgusting but there will be no action as politics comes first for all players.”

Furthermore, human rights activist Kapil Dev also expressed his disappointment with the incident, “Anusha’s forced marriage has once again conveyed a message to the Hindu community of the area that their children were not safe in Pakistan and they had taken a wrong decision in 1947 to stay in Sindh.”

Both the Federal Government of Pakistan and the Provincial Government of Sindh have failed to take proper measures while several other incidents have also been reported on a regular basis, as reported by India Today.

It is reported that around 80 per cent of Thaparkar’s population is Hindu, but still victimized due to Islamist ideologues who perpetuate anti-Hindu sentiments.