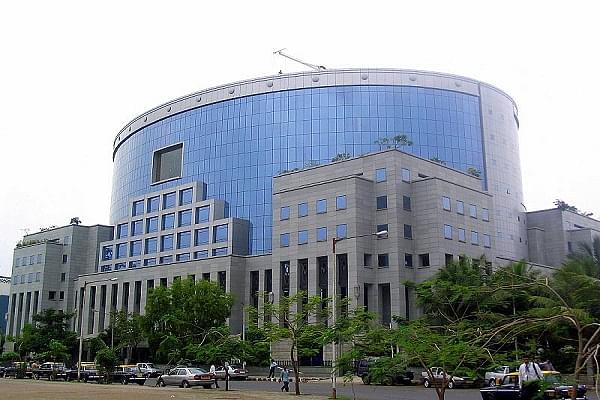 A view of the IL&FS headquarters in Mumbai. (Sumedh Kadoo/Wikipedia)

The National Company Law Tribunal’s (NCLT) Mumbai bench on Friday issued a clarification on its previous order from 3 December, thus allowing nine former Infrastructure Leasing & Financial Services (IL&FS) officials to withdraw up to Rs 2 lakh per month from their bank accounts, reports The Indian Express. The clarification comes following a modification of the NCLT’s order by the National Company Law Appellate Tribunal (NCLAT).

The allowance has been made following a plea made by former director of IL&FS Investment Managers (IIML) Vibhav Kapoor’s wife Roopa Kapoor who claimed that HSBC had frozen her bank account.

The NCLT stated, “We are of the view that order passed by us on December 3, 2018, stands modified to the extent of the order of Hon’ble NCLAT and by implication of that order a sum of Rs 2 lakh per month can be withdrawn from bank account after intimating the tribunal. Hon’ble NCLAT has further prohibited from withdrawing any further amount from the said or any other account.”

Previously, the counsel representing former IL&FS chairman Ravi Parthasarathy had asserted that his client would not be able to pay for his medical treatment if he was limited to Rs 2 lakh a month.

“My client is suffering from cancer and the cost of the treatment is way more than the monthly limit of Rs 2 lakh. If such order is passed then it will be very difficult for him to carry on with the treatment. In my client’s case, it is a situation of life and death,” he had argued.