Nepal: PM Oli Maintains Silence Even As China Encroaches Land In Seven Districts Of The Country 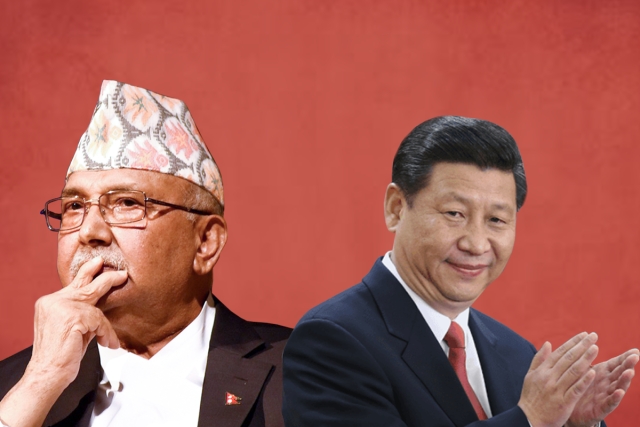 In what maybe termed as ‘karma’ for including Indian territories in the amended map of Nepal, China has illegally encroached the country’s land atleast seven bordering district and is slowly moving ahead, reports ZEE News.

The districts that have been illegally occupied are Dolakha, Gorkha, Darchula, Humla, Sindhupalchowk, Sankhuwasabha, and Rasuwa.

The report further states that the actual figures could be even larger as the Nepali government is looking to underplay the land-grabbing colonial design of the communist Beijing regime. Several experts have opined that Prime Minister KP Oli’s has maintained his silence on the matter under fears of displeasing the Communist Party of China (CCP).

It is pertinent to note that in June this year three lawmakers of the Nepal's main opposition party, Nepali Congress, had moved a motion in the lower house of the country's parliament over the issue of the China encroaching the Himalayan nation's territory in border areas.

According to the motion, China had encroached over 64 hectares of land in "Dolakha, Humla, Sindhupalchowk, Sankhuwasabha, Gorkha and Rasuwa districts" of Nepal.

In the motion, the MPs said that China has encroached the Nepalese territory by shifting border pillars toward Nepal.

The motion further added that by shifting "pillar number 35" towards Nepal, China has encroached the Rui village in North Gorkha district due to which 72 households of the Rui village now fall under Chinese territory.

BIG: Nepali Congress (NC) have put resolution inside Parliament asking for national commitment to reclaim land #China has illegally encroached upon by shifting the border pillars towards the Nepali side. Nepali Congress has sought answers from the government about the reality. pic.twitter.com/qSdzEc1oF8