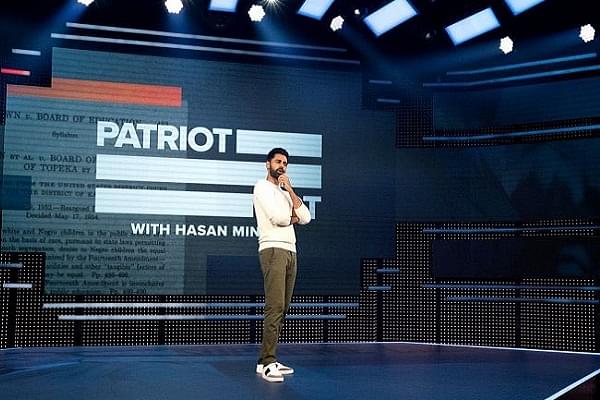 Netflix confirmed on Tuesday (1 January) that it removed a satirical comedy show from its service in Saudi Arabia following legal threats from authorities in Riyadh, NBC reported. The show featured criticism of the kingdom and its royal family.

The episode of the satirical comedy show “The Patriot Act,” in which noted comedian Hasan Minhaj criticised Crown Prince Muhammad bin Salman for his alleged role in orchestrating the killing of Washington Post journalist Jamal Khashoggi, was rendered inaccessible to viewers in Saudi Arabia.

“It blows my mind that it took the killing of a Washington Post journalist for everyone to go, ‘Oh, I guess he is really not a reformer,'” Minhaj said, referring to the Crown Prince . “Meanwhile, every Muslim person you know was like, ‘Yeah, no s---, he’s the crown prince of Saudi Arabia.'”

“At one point they were saying he died in a fist fight, Jackie Chan-style. They went through so many explanations. The only one they didn’t say was that Khashoggi died in a free solo rock-climbing accident,” Minhaj at the frenetic effort by the Islamic Kingdom to insulate Crown Prince Mohammad bin Salman from facing the fallout of Khashoggi’s murder.

Minhaj goes on to raise questions about Washington’s continued cosy relationship with Riyadh, which he said needs to be reassessed “Saudi Arabia was basically the boy band manager of 9/11,” he said, referring to the fact that many of the September 11 hijackers were Saudi citizens.”

In a statement released to Financial Times, Netflix defended its decision to purge the content claiming that the episode breached Saudi Arabia’s anti-cybercrime laws which states that anyone who produces, prepares or transmits material “impinging on public order, religious values, public morals, and privacy” will be subject to imprisonment for a period of up to five years and/or a fine of up to $799,850.

“We strongly support artistic freedom worldwide and only removed this episode in Saudi Arabia after we had received a valid legal request — and to comply with local law,” the statement added.

Amnesty International has slammed that the incident was further proof of "a relentless crackdown" on freedom of expression in the kingdom.

In a statement, the human rights watchdog said that since Crown Prince Mohammed bin Salman assumed power in June 2017, many outspoken human rights defenders, activists and critics have been arbitrarily detained, or unjustly sentenced to lengthy prison terms simply for exercising their right to freedom of expression.

Hasan Minhaj also responded to Netflix 's decision to comply with Saudi Arabia’s demands, tweeting that the move has only made the episode more popular.

Clearly, the best way to stop people from watching something is to ban it, make it trend online, and then leave it up on YouTube.

The Trump administration has taken a lenient position towards Saudi Arabia despite Central Intelligence Agency (CIA) maintaining that the brutal killing of dissident Saudi journalist Jamal Khashoggi was carried out under the direct orders of Saudi Crown Prince Mohammed bin Salman, contradicting the Saudi government’s claims that he was not involved in the killing.

Khashoggi, a former aide of Saudi royalty who later became a trenchant critic of the the Saudi royal family was killed after entering the Saudi consulate in Istanbul, Turkey on 2 October.

After repeated denials, the Saudi government admitted that he was murdered at the consulate in what they claimed was a “rogue operation” they had not authorised.