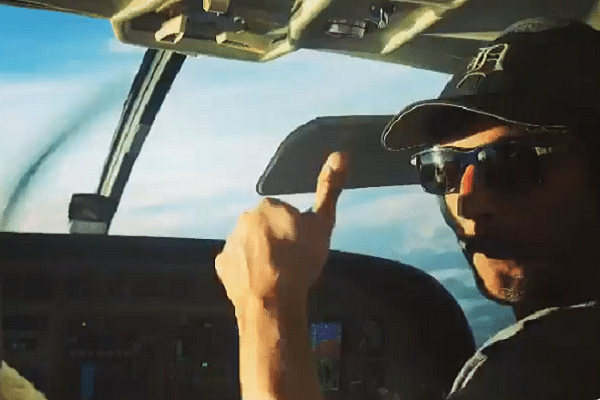 Sushant Singh Rajput learning how to fly a plane

Rhea Charaborty in an interview to India Today has claimed that Sushant Singh Rajput used to feel claustrophobic while flying and used to take a medicine named Modafinil to mitigate its effects.

Rhea claims that Sushant already had a prescription for this medicine and revealed that he took its dosage ahead of their trip to Europe.

After the clip aired, many social media users including Sushant's Pavitra Rishta co-star Ankita Lokhande shared videos of him learning to fly a plane in an attempt to disprove Rhea's claims.

Is this #claustrophobia?
You always wanted to fly and you did it and we all are proud of you ð pic.twitter.com/5gc2sgyaEK

In the above video Sushant can be seen successfully taking off a plane in a real life flight simulator which is used to teach aspiring pilots.

The social media users also highlighted another video which was shared by Sushant in 2019 in which he can be seen sitting in the co-pilot seat, while learning how to fly a plane.

In the video Sushant can be seen controlling some aspects of the flight and cheerfully giving a thumbs up to the cameraman.

Other social media users shared videos of Sushant skydiving and paragliding in an attempt to prove the point that flying did not unnerve him.

As per reports, Sushant was a budding pilot who wanted to learn how to fly a plane - which was the first of his 50 dreams. Other dreams of his included teaching coding to the visually impaired and meditating at Kailash Mansarovar.