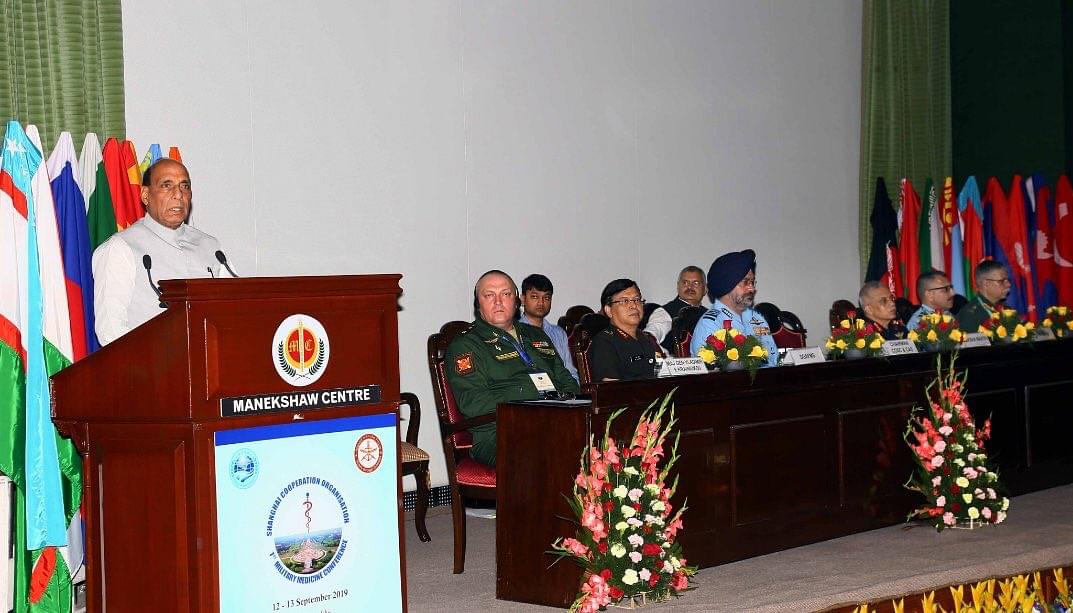 Rajnath Singh speaks at the inauguration of the SCO Military Medicine Conference.

While other member states are represented by senior military medical practitioners, even dialogue partners Nepal and Sri Lanka have sent their delegations to participate in the conference.

“It is a significant conference as the representative states of the SCO represent largest regional organisation in terms of geographical coverage and population,” the Indian Defence Minister Rajnath Singh said, inaugurating the conference.

The threat of nuclear, chemical and biological warfare further adds to the complexity of the situation. The medical professionals of the armed forces are probably uniquely equipped to deal with these deadly challenges:

The minister also highlighted the threat faced by nations from bio-terrorism and appreciated the role of military medical professionals who are the forefront of the fight against it.

I would like to underline the importance of building capabilities to deal with the menace of Bio-terrorism. Bio-terror is a real threat today. It breaks out as a contagious plague and the armed forces & its medical services have to be at the forefront of combating this menace.