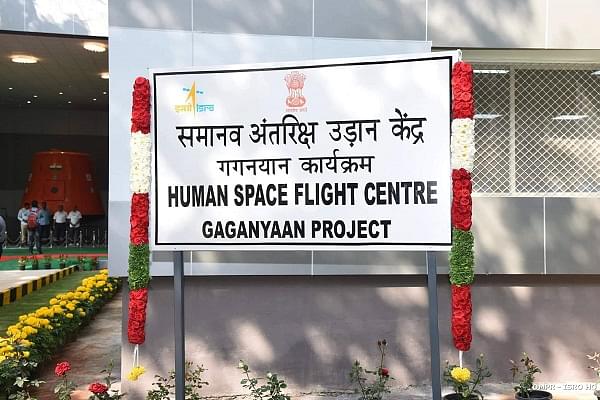 With India all set to send its first manned mission into space, a world-class facility for training astronauts will be set up at Challakere in the next three years on the Bengaluru-Pune NH4 in Chitradurga district of Karnataka, reports The Hindu.

The Indian Space Research Organisation (ISRO) has proposed a 2,700-crore master plan to create top infrastructure that will house its young Human Space Flight Centre (HSFC) which will become the single-stop consolidating infrastructure and activities related to space travelers.

This facility will help India in the long run as it currently pays considerable amount for training and using such facilities in foreign countries. This is the reason why four astronaut candidates for the first Gaganyaan mission scheduled for 2022 are being sent to Russia.

Four pilots of the Indian Air Force (IAF) who are in their 30s and early 40s will train at the “Yuri Gagarin Cosmonaut Training Centre” for 15 months as candidates for Gaganyaan.

Dr K Sivan, ISRO Chairman and Secretary, Department of Space, told The Hindu, “Everything connected with events and planning of the HSP (Human Spaceflight Programme) will shift to our campus at Challakere. We want to establish a self-contained facility there so that in future, whatever training and activities we are now doing in Russia for the Gaganyaan crew can all be done by us here.”

Currently, HSP work is split across various centres such as the Vikram Sarabhai Space Centre in Thiruvananthapuram and the U R Rao Satellite Centre in Bengaluru.

Dr Sivan said, “We are going to have a sustained HSP and will need a large number of facilities for training [future] astronauts.”

S Unnikrishnan Nair has been named its Founder-Director and R. Hutton the project director of Gaganyaan.

Challakere, is about 400 km away from Bengaluru, and is home to premier scientific establishments of the country. It is also called the Science City, as it houses facilities of the ISRO, the Defence Research & Development Organisation’s Advanced Aeronautical Test Range, the Bhabha Atomic Research Centre and the Indian Institute of Science.