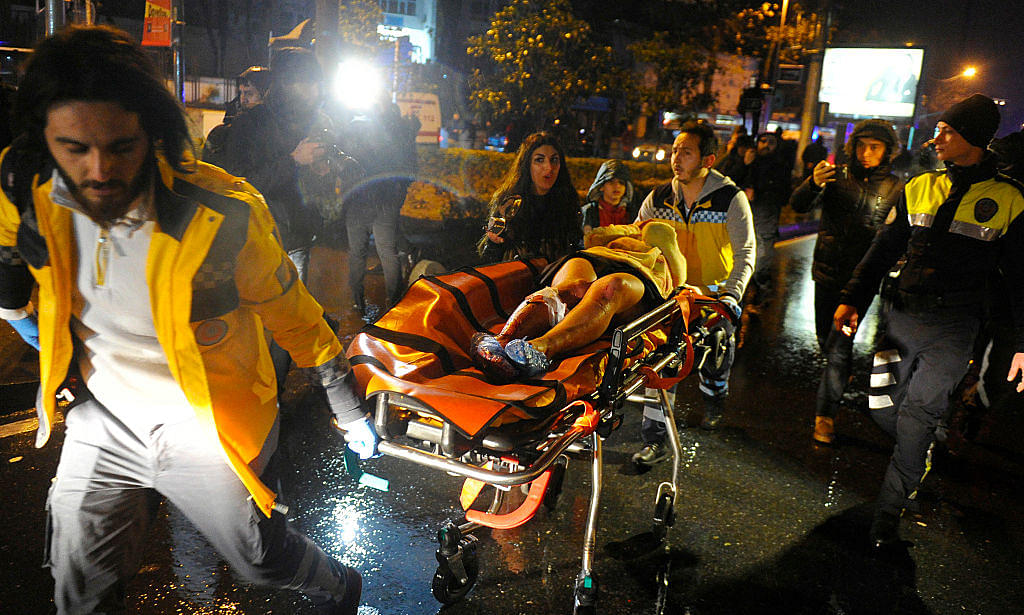 First-aid officers carry an injured woman at the site of the armed attack in Istanbul. (GettyImages)

A terrorist dressed up as Santa Claus opened fire with a long-range weapon at a nightclub in Istanbul, in the early hours of the New Year. The attack on Reina nightclub left 39 dead, including 16 foreigners, and more than 69 injured. Turkish Interior Minister Suleyman Soylu stated that authorities were still looking for the terrorist.

Authorities have imposed a blackout on media coverage of the event although official statements are exempt from it. The club was popular among both Turkish people as well as foreigners, and was reportedly throwing a party to 700 people, celebrating the New Year at the time of the attack.

Local news agencies also reported that there were two attackers, who spoke Arabic. Istanbul has been on high alert with 17,000 police officers on duty in the wake of a series of terror attacks in the last few months, carried out by either the Islamic State or Kurdish militants.