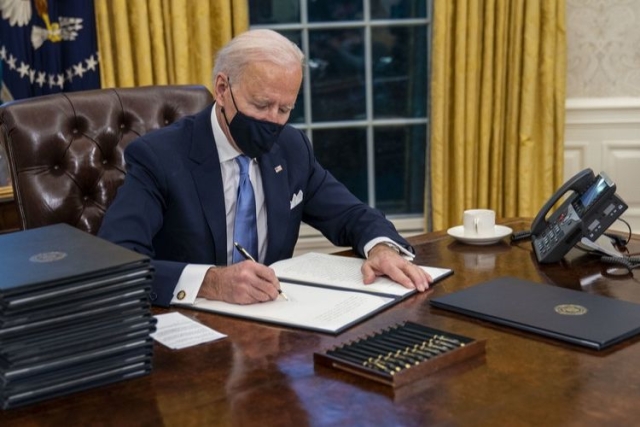 The new president signed the orders just hours after taking the oath of office at the Capitol Hill.

The executive orders signed by the president include halting the construction on the US-Mexico border wall, reversing the process of leaving the World Health Organization, rejoining the Paris climate accord and scrapping the approval of the Keystone XL oil pipeline. He is also initiating steps to control the coronavirus pandemic with mask mandates and 100 million vaccinations in 100 days.

The new president ordered an end to the Trump era travel ban that restricted entry into the US from eight nations: Chad, Iran, Somalia, Libya, North Korea, Syria, Venezuela, and Yemen, a policy that the Biden White House described as “rooted in religious animus and xenophobia.”

Biden's 15 executive actions in effect reverses the key policies pursued during the four years of Trump.

Meanwhile, Donald Trump is said to be mulling formation of a new political outfit called the Patriot Party.