No More For Law And Order: What Can Possibly Explain Maya’s Outreach To Mukhtar Ansari? 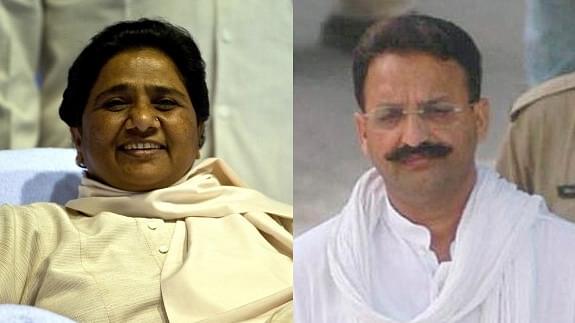 Mayawati had always challenged SP as a party of goons and her famous slogan in elections had been chadh gundon ki chhati par, muhar lagegi haathi par (vote for elephant by riding on the chest of goons). That gave Dalits a lot of confidence and a sense of empowerment. The same was discernible during Mayawati’s rule when she earned fame for being harsh on criminals and for maintaining a strict law-and-order regime that generated a sense of security not only among Dalits but all weaker sections and the common man as well.

Mayawati is attempting a Dalit-Muslim coalition for the 2017 assembly polls, in contrast to the Dalit-Brahmin alliance she created in 2007. By allocating tickets to 97 Muslims, mostly of ajlaf (backward) and arzal (Dalit) category, she was likely to improve her vote share amongst Muslims all over Uttar Pradesh. With Ansaris getting into BSP, she has completed a century in respect of her Muslim contestants.

But, will she be able to reach a century target in respect of representatives in UP assembly too? That now looks very bleak. What will happen to her USP now— her on strict administration giving her the title of Iron Lady? How will she ride over the chest of goons when she herself has allowed the goons to ride over her elephant?

What could have prompted her to do that? It appears that she was unsure of her new social engineering and wanted to attract lower pasmanda Muslims, in which Ansaris dominate, towards the BSP. Of course, they will fetch her a few votes and seats in eastern UP and elsewhere, but overall she might be a loser as many voters may now see no difference between the love of BSP and SP for criminals. Not only could wean away a few Dalits from Mayawati and push them towards BJP, but it could also help the saffron party by causing division in Muslim votes.