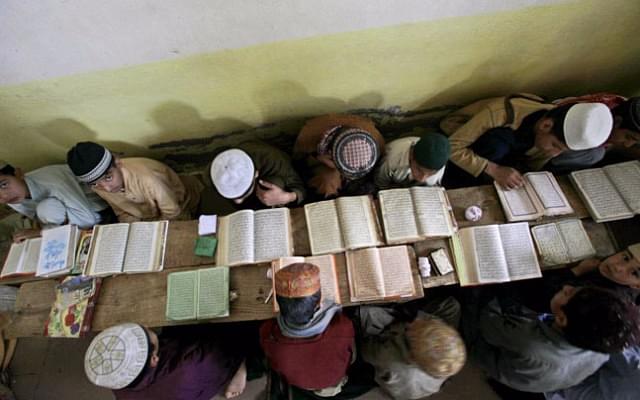 Students at a minority Muslim school at Ambur in Tamil Nadu staged a protest and boycotted classes demanding that they should be permitted to write their Standard X board exams in Urdu, the Tamil edition of The Times Of India ‘Samayam’ has reported.

The students of Mazharul Uloom Higher Secondary School near Ambur in Vellore district of Tamil Nadu have been demanding that the state education department authorities allow them to write their Class X board exam in their mother tongue Urdu and not in Tamil.

To pacify the agitating students, the district education officer Marx rushed to the site of the protest and held negotiations with them. He urged them to call off their protest immediately. He also assured them that their demand will be considered and the administration will initiate necessary steps to allow the students to take up their exam in Urdu.

Tamil Nadu state government had passed a legislation in 2006 (called Tamil Language Act of 2006) which said that all schools under the state board must teach Tamil as a subject (as a language) starting from the first standard in 2006; first and second standards in 2007; first, second and third standards in 2008, and so on. Accordingly, by the year 2016, all students up to the 10th standard were expected to be taught Tamil as a subject from the first to tenth standards.

As per the provisions of the Tamil Language Act of 2006, even the minority schools must teach Tamil in addition to their mother tongue.

In an interim order on a batch of petitions filed by linguistic minority institutions and individual students challenging the Tamil Language Act enacted in 2006, the Madras High Court granted exemption to the students having mother tongue other than Tamil from writing Tamil language paper during the board exams.

In an updated order, the High Court clarified that the exemption from writing part I Tamil language paper during class 10 board exams for academic year 2016-17 will only be applicable for schools and students who have already applied for it. The court also directed the School Education Department to decide as per law on fresh applications seeking exemption for students, whose mother tongue is not Tamil, from writing the Tamil language paper.

Observers have expressed surprise that despite the legislation being in force for close to 12 years now, minority schools have circumvented the provision and did not teach Tamil. They pin the failure on the deliberate dereliction of duty by headmasters in minority schools and state government education officials.

Despite the failure to implement the 2006 law in state-funded minority schools, Tamil Nadu State School Education Department issued a government order on September 18, 2014 making Tamil a compulsory subject in Central Board of Secondary Education (CBSE) schools.