No Policy Change On Kashmir, Support Bilateral Dialogue Between India And Pakistan On The Issue, Says US 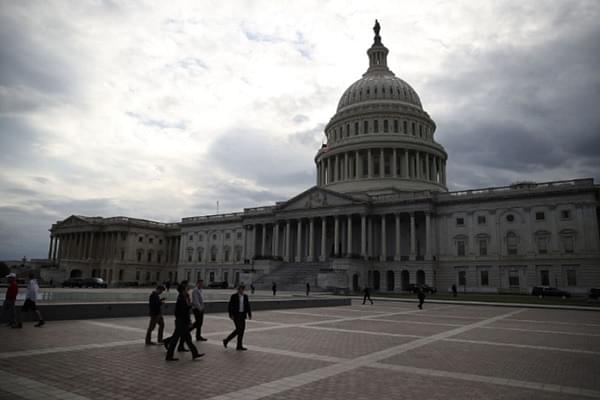 Clouds pass over the US Capitol in Washington, DC. (Mark Wilson/Getty Images)

United States (US) State Department Spokesperson Morgan Ortagus has said that there has been no change in the US’ policy on Kashmir in view of India revoking its special status earlier this week, Tribune has reported.

The US has maintained that Kashmir is a bilateral issue between India and Pakistan and the scope and pace of talks has to decided by the two nations themselves.

“It’s something that we’ve called for calm and restraint by all parties. We want to main peace and stability, and we, of course, support direct dialogue between India and Pakistan on Kashmir and other issues of concern,” Ortagus added.

The Indian government had on Monday (5 August) decided to revoke the special-state status for Kashmir and the move has now been approved by the Parliament and the President.

Pakistan has been making frantic appeals to several nations and international bodies across the world in its bid to exert pressure on India over the issue. However, apart from a few nations, most have labelled the change as an internal matter for India despite Pakistan’s attempts to internationalise it.