No Regard For Religious Sentiments? Same Oil Used In AMU For Cooking Both Veg, Non-Veg Food, Allege Students 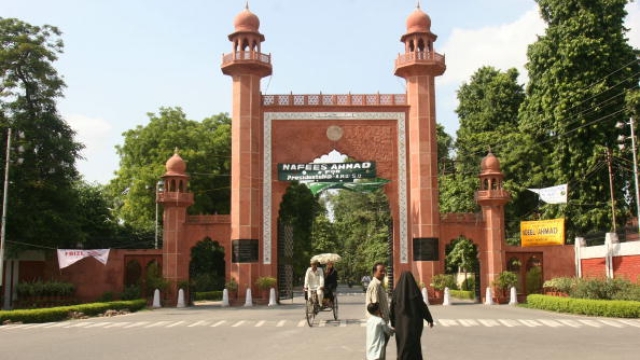 Students from Sir Syed Hall (North) of the Aligarh Muslim University have written a complaint to the Vice Chancellor, alleging that vegetarian meals served to them had been cocked using the same oil as non-vegetarian food, reports News 18. The university administration has denied all such allegations.

Details of the controversy were revealed after the Bhartiya Yuva Morcha's city unit chief Nikhil Maheshwari released a statement asserting that the episode was a "deliberate ploy" to hurt Hindu religious sentiments.

On Sunday (2 November), a police complaint was also filed at the Banna Devi police station. The students are demanding that the university administration take strict action against the provost for his negligence.

AMU spokesman Shafey Kidwai stated that their preliminary investigation had exposed the allegation as “completely baseless. He stated that as per the cooking staff, fresh cooking oil was taken from the kitchen stock to prepare the vegetarian meals. He added that the AMU had followed a secular tradition of respecting all religious sentiments since the time of its inception.