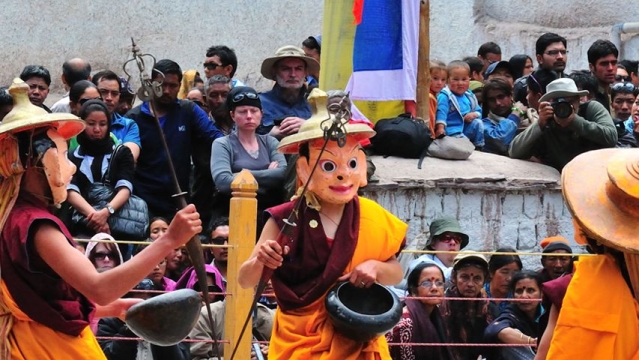 In a boost to the tourism in the region, Leh-Ladakh is set to host a 9-day ‘Aadi Mahotsav’, the National Tribal Festival which will feature artists from over 20 states the country, a press release by the government has said.

The troupes will perform Jabro Dance - a nomadic dance and song of people inhabiting eastern Ladakh and Spawo dance, a heroic song and dance associated with a legendary hero of Himalayan region called K’sar. Folk dances from other regions like Flower Dance, Abex Dance/song, Ghazal Dance, Aleyyatoo will also be hosted subsequently.

While the two districts of the Union Territory of Ladakh, Leh and Kargil, had stayed calm during the bifurcation of J&K state, there were stray reports of some protests in Kargil district. The festival will help bring in more visitors to the upcoming UT and restore normalcy to other areas of the J&K too.