Northeast Monsoon, Which Brings Rainfall To India’s Southern Peninsula, Most Likely To Be Normal: IMD 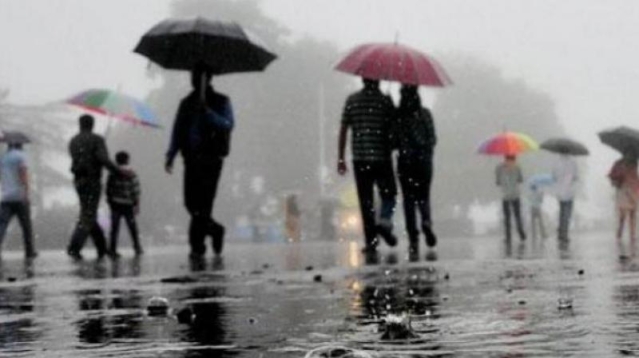 Lightning and thunder witnessed in many parts of Tamil Nadu. (Photo: PTI)

The northeast monsoon, which brings a significant amount of rainfall to parts of India's southern peninsula, is "most likely to be normal", the India Meteorological Department (IMD) said on Tuesday.

The forecast comes as a breather to the people of Tamil Nadu and Kerala as several parts of the two states have been facing drought-like conditions after they received "deficient" rainfall last year.

"The southern peninsula consisting of five subdivisions of the IMD - Tamil Nadu, Coastal Andhra Pradesh, Rayalaseema, Kerala and south-interior Karnataka - receive about 30 percent of its annual rainfall during the northeast monsoon season," the IMD said.

The season remains active from October to December.

The latest Monsoon Mission Climate Forecast System indicates a high probability for cooling of the sea surface temperature over equatorial central and east-Pacific, leading to cool El-Nino neutral conditions during the 2017 northeast monsoon, it said.

El-Nino is associated with the heating of the Pacific waters and impacts the Indian monsoon.

Currently, Indian Ocean Dipole (IOD) neutral conditions are prevailing. The IOD is associated with the heating of the Indian Ocean waters.

"The latest forecast from the MMCFS indicates IOD neutral conditions to continue during the northeast monsoon season," the IMD added.

The southwest monsoon, which brings rains to the rest 75 percent of the country, was "below normal" this year. (PTI)