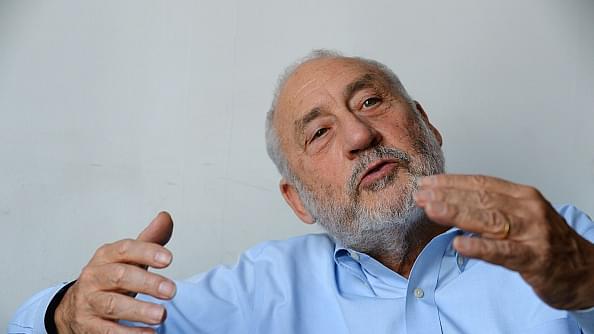 A Nobel Prize-winning economist has urged the US to get rid of cash and change over to a digital economy.

On 8 November, Prime Minister Narendra Modi had announced demonetisation of 86 per cent of India’s currency in one go. Columbia University professor, Joseph Stiglitz, recommended to the US to follow suit to rein in tax evasion and corruption through demonetisation.

Eliminating currency in the long run has “benefits that outweigh the cost”, he said at the World Economic Forum's Annual Meeting in Davos.

Quantifying the magnitude of the problem, Stiglitz, who was speaking at the session, Ending Corruption, said: “You can put it into the context of one of the big issues being discussed in Davos this year – the backlash against globalisation, the darker side of globalisation ... The lack of transparency in global financial markets, the secrecy havens that the Panama Papers exposed, just reinforced what we already knew ... There is a global framework for both corruption and tax evasion and tax avoidance.

Saying that US is one of the countries that has done little to fight corruption, he suggested the remedy would be to go cashless and embrace digital currencies.

I believe very strongly that countries like the United States could and should move to a digital currency so that you would have the ability to trace this kind of corruption. There are important issues of privacy, cyber-security, but it would certainly have big advantages.

Stiglitz’s ideas for a “less-cash” society have been echoed by Harvard's Kenneth Rogoff, who argued for two decades that a society awash with cash contributes to the growth of the underground economy. Rogoff believes large-denomination bank notes, rarely used by ordinary people and businesses, should be phased out.

“Cash facilitates crime because it is anonymous, and big bills are especially problematic because they are so easy to carry and conceal,” he says.