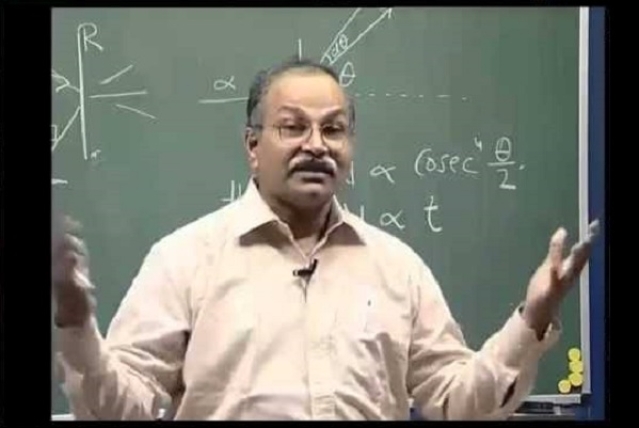 The Government of India has conferred the prestigious Padma-Shri award, the fourth highest civilian honour in the country, to Professor Harish Chandra Verma for distinguished contribution in the field of science and technology in the country.

Professor Verma has recently retired from IIT Kanpur and currently serving as an adjunct faculty at IIT-K. He has made immense contribution not only to the field of physics, mathematics, but also social work.

He has worked tirelessly to make easy and rich content so that students can understand science easily. He has also written several books in Physics for School and College level.

He has developed more than 600 physics experiments which can be used by teachers as DEMOs in their classrooms. He has also produced a set of 45 video lectures in Hindi at school level through which teachers are explaining science to the students easily.

The Director of IIT-Kanpur, Proferssor Abhay Karandikar, took to twitter to congratulate Professor Verma on being selected for the Padma Shri award and for his outstanding contribution to the physical sciences.

I am delighted to share that Prof. Harish Chandra Verma, our alumnus & retired Professor & now associated as a Adjunct faculty, has been awarded the Padma Shri. He epitomises outstanding teaching ethos of IITK#Padmashree #RepublicDay #PadmaAwards #Padmashri pic.twitter.com/3mopfONiIT

Professor Verma has done and B Sc (Physics) from the Science College, Patna and later obtained his M Sc degree from IIT Kanpur. In early 1980, he joined the Patna Science College as a lecturer and stayed there for around 15 years.

It is during this time that he decided to write a book on Physics. He gave six years to complete both the volumes. All problems and worked out examples were framed by him and, if possible, proved in the lab and the result was the famous book ‘Concepts of Physics’ which got published in 1992.

Aftewards, he joined IIT Kanpur in 1994 as an assistant professor in the Physics department. He did his research in the field of Nano Fabrication, Nuclear Physics, Nano Size Magnetic Material here. He has also published 139 research papers in reputed journals.

Prof Verma had been associated with social causes from the childhood. He has been instrumental is making a group of IIT Kanpur faculty members and students together with local youths to run an NGO called Shiksha Sopan. Through various centres in the villages around IITK Shiksha Sopan is in direct daily contact with about 250 families.

He also had deep interest in the glorious traditions of science in ancient India and has given talks on topics such as Mathematics before ZERO, Computation sciences in Ancient India, Surgery: A 9000 years olds tradition in India.

Many students have have become scientists, doctors and engineers after reading Professor Verma's books and many more will be inspired by the amazing works of the brilliant educator.