‘NRC Is The Soul Of Assam Accord’, Says Amit Shah, Opposition Shouts Him Down In Rajya Sabha 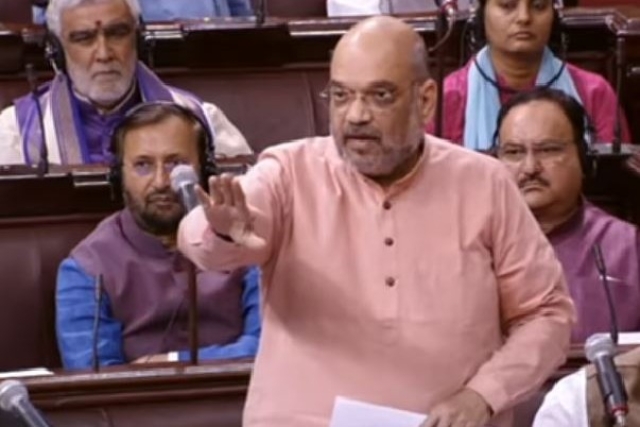 Bharatiya Janata Party (BJP) President Amit Shah’s intervention in the Rajya Sabha led to protests by opposition parties, The Economic Times has reported. Amit Shah slammed the Congress party for failing to implement the accord signed by its own party’s Prime Minister Rajiv Gandhi.

NRC is the soul of same Assam accord signed by former PM Rajiv Gandhi in 1985. Congress did not have the courage to implement it and now Modi government is doing what Congress could not. pic.twitter.com/7bKXAFhjN8

He added that Modi government was doing what the Congress led UPA could not do. Amit Shah recalled that many Assamese youth had laid down their lives fighting the problem of illegal immigrants in their state.

"NRC is being conducted on the SC order. There are 40 lakh people (missing in the list) ... Whom do you want to save? You want to save illegal Bangaldesis," he questioned the opposition parties.

The opposition parties shouted down Amit Shah and protested in the well of Rajya Sabha leading to temporary adjournment of the house.