NRC Will Have ‘No Impact On Bangladesh’, PM Modi Assures Sheikh Hasina On The Sidelines Of UN General Assembly 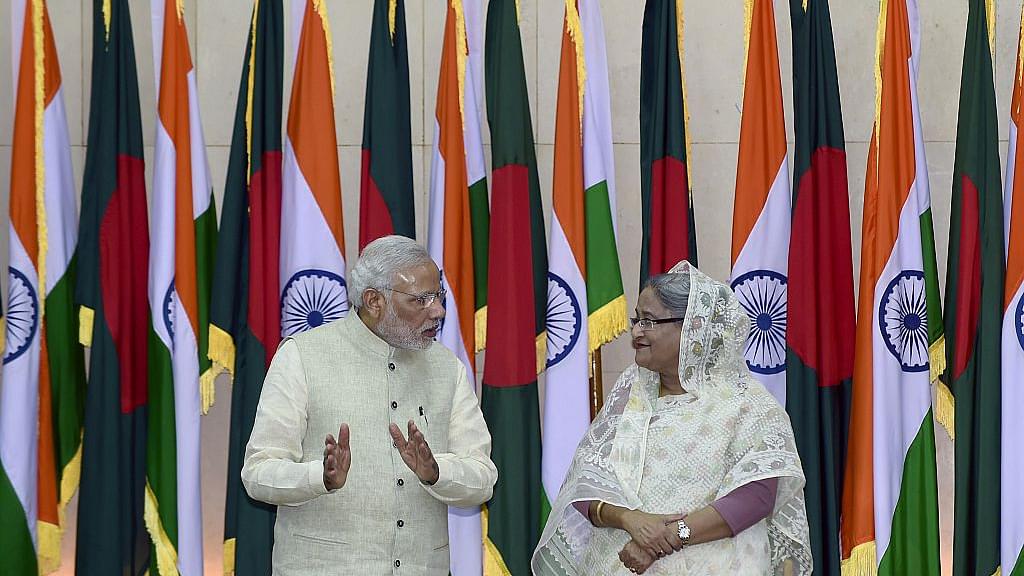 Prime Minister Narendra Modi has assured his Bangladesh counterpart Sheikh Hasina that the National Register of Citizens (NRC) would have “no impact on Bangladesh” and there was no need to be worried about it.

He gave the assurance at a meeting with Hasina at Lotte New York Palace hotel on the sidelines of the 74th UN General Assembly on Friday (27 September), the Daily Star reported.

Briefing reporters after the meeting, Bangladesh Foreign Minister AK Abdul Momen said the talks were held in a very cordial and friendly environment.

He said bilateral concerns like the issues of NRC and water-sharing of the common rivers, including the Teesta, were discussed at the meeting.

Raising the NRC issue, Hasina said it has become a matter of great concern for Bangladesh.

In his reply, Modi said issues like the NRC and water-sharing could be taken care of very easily as the relations between Bangladesh and India were very good.

Modi assured Hasina that Indian officials would work to resolve the issues and said Bangladesh need not worry about it.

Foreign Minister Momen said there had been no detailed discussion at the meeting as the two leaders were going to have a bilateral meeting in New Delhi on 5 October.

(This story has bee published from a wire agency feed without modifications to the text. Only the headline has been changed.)