One Million: The Number Of Uyghur Muslims Being Held In Chinese ‘Re-Education’ Camps As Per UN Experts 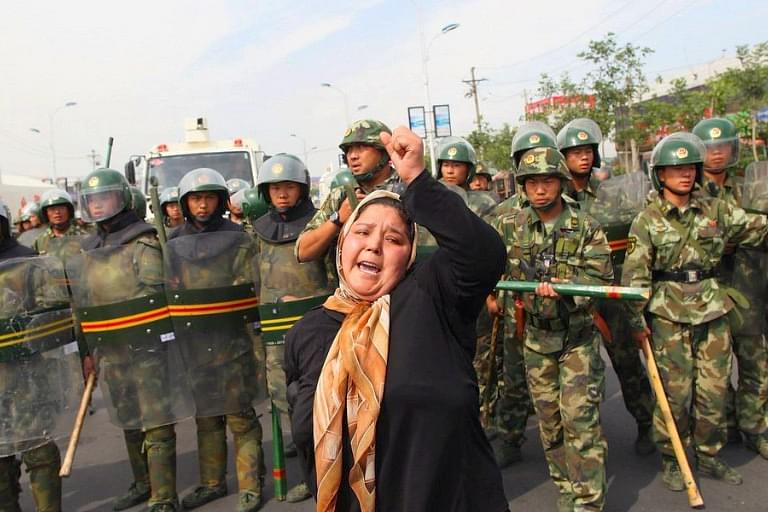 China has detained at least one million ethnic Uyghur Muslims in Xinjiang province, though the Xi Jinping administration claims that they have been lodged in “re-education camps”.

Bloomberg quoted The United National Human Rights experts as saying that they had credible reports that China has turned its western region into something resembling a massive internment camp shrouded in secrecy.

China is reportedly cracking down on religious freedoms of its Muslim as well as Christian populations, geared towards the state policy of ‘sinicising’ religion.

The revelation follows reports that a Kazakh Chinese national crossed over to Kazakhstan and reported that she was forced to work at a camp where some 2,500 ethnic Kazakhs were being held for indoctrination.

China is determined to end Islamic extremism after Uyghurs were involved in deadly attacks in 2013 and 2014, while some of them have been able to wriggle out to join ISIS in Syria.

Xinjiang is among the most heavily monitored places in China with locals having been ordered to install satellite-trading systems in their cars.