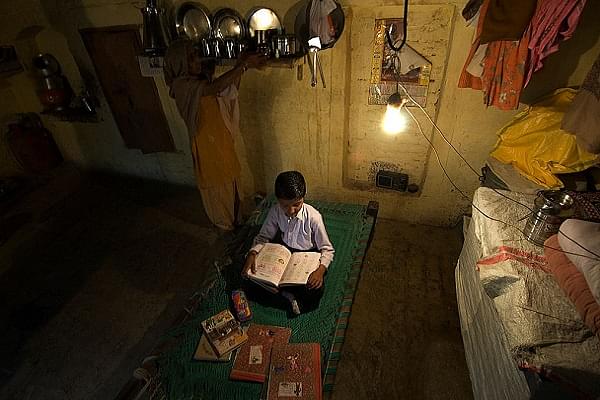 Child studying under a light (Priyanka Parashar/Mint via Getty Images)

The IEA has said that such an initiative will boost productivity, spur innovation thereby enhancing economic well being. It added that access to clean cooking fuel under Ujjwala Yojana can reduce premature deaths due to pollution. The comments were made in its ‘World Energy Outlook 2018’ report.

As per the statement made by IEA, India’s achievements meant that for the first time total people without electricity fell below 1 billion. It said that in particular, “one of the greatest success stories in access to energy in 2018 was India completing the electrification of all of its villages”. IEA though warned that last mile electricity connectivity would be difficult to meet in such a diverse nation.

According to PWC partner Kameswara Rao, the challenge of full electrification is huge due to low affordability and huge population in the country. He added that the task of reaching to last 10-15 per cent of the population was huge and it took political will to take up the task. As per data, 95 per cent of the households have access to electricity, up from 86 per cent in 2017.

India had achieved 100 per cent village electrification on 28 April after the last un-electrified village Leisang in Manipur received electricity.