One Of The Most Qualified Presidents Who Ended Cold War, George Bush Sr., Dies At 94 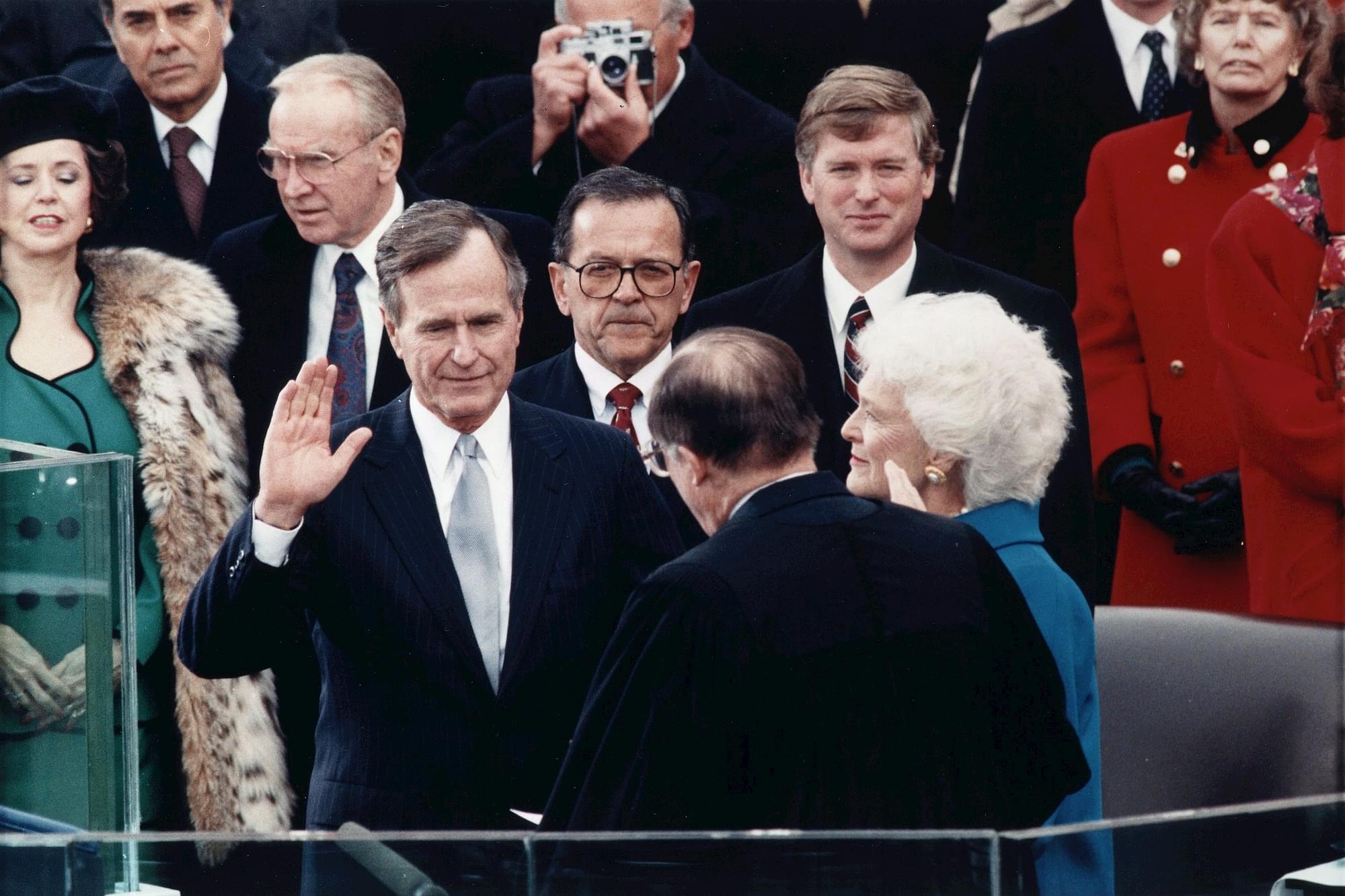 George Bush Sr. , 41st President of the United States (1989 to 1993), who was instrumental in getting the Cold War to a close, passed away late Friday night.

A patrician World War II hero, George HW Bush was one of the most qualified presidents to enter the Oval Office, with a track record of being a Congressman, UN Ambassador, CIA Director, envoy to China, and two-term vice-president under the popular Reagan government, before clinching the top spot. His presidency, which peaked during the coalition victory, including other Arab states over Iraq in Kuwait, troughed with the low economic situation later on.

Communism started to fall under his watch, with the fall of the Berlin Wall and the Soviet Union weakening.

However, his decision to not remove Saddam Hussein led to a bloody war till 2003, when his son ended it.

Even though he entered the Presidency with an image of being weak, he played hardball, using his decades of honed politics and public service to have a decisive victory of Bagdad forces, increasing his popularity to 90 per cent. He held more news conferences than Reagan did in years and reached out to the public.

Although initially blaming the media for creating the myth of he being disconnected with the common people, he later admitted he lost because he wasn't a good communicator.

He was father of a two-time president, George Bush Jr., thus being the only second father-and-son chief executives, following John Adams and John Quincy Adams.

After his term, he visited the Middle East where he was held in high regard and China, where he was treated like an old friend. Celebrities and elected officials expressed their affection for his humanitarian ways.

He returned home from war and married his childhood sweetheart Barbara Pierce. They were the longest married presidential couple in US history. She died on 17 April 2018.

At his inauguration, he said, "Some see leadership as high drama, and the sound of trumpets calling, and sometimes it is that. But I see history as a book with many pages, and each day we fill a page with acts of hopefulness and meaning. The new breeze blows, a page turns, the story unfolds.”