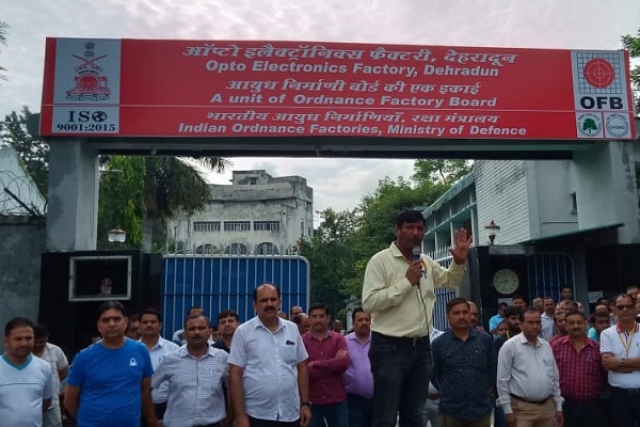 Unions of ordnance factory workers have threatened to go on a 30-day strike from 20 August onwards if the Centre does not take back its decision of corporatising the ordnance factories, reports The Times of India.

Union representatives held talks with government officials on 14 August (Wednesday), but no clear deal was reached.

"The meeting was inconclusive. Officials reiterated that this is a government decision and that our concerns will be raised to the highest officials. They also offered to consider our service terms (terms under which we are willing to work post corporatisation). When our only demand is that there should be no corporatisation, there is no question of service terms," said an office bearer of one of the unions.

The three unions, namely the All India Defence Employees Federation (AIDEF), Indian National Defence Workers Federation (INDWF) and the Bhartiya Pratiksha Mazdoor Sangh (BPMS) are slated to have another round of discussions with officials today (16 August).

In their public statements, the unions have remained adamant in their demand the government not proceed with corporatisation.