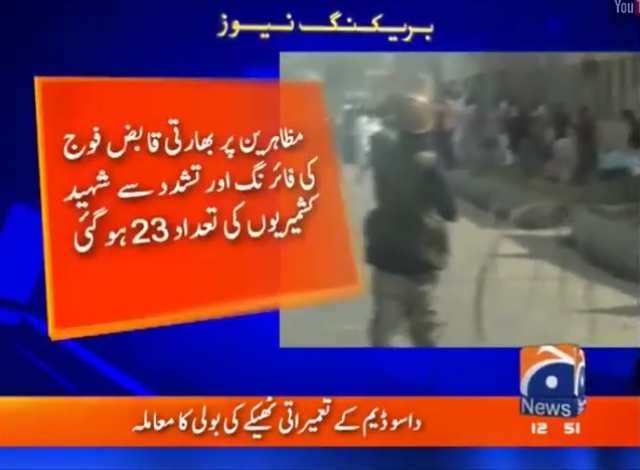 At least 50 channels from Saudi Arabia and Pakistan, being illegally provided by private cable networks, are beaming anti-India propaganda and fueling separatist sentiments in the Kashmir valley, the Times of India has reported. These channels include Zakir Naik's banned Peace TV, the biggest source of radical Islamist televangelism in the region.

According to the daily’s report, which quotes a cable operator who did not want to be named, there are 50,000 cable subscribers in Srinagar alone. Majority of the local population subscribes to these often unreliable sources over modern options such as Tata Sky, Airtel digital TV and Dish TV because of the availability of Pakistani and Saudi channels on these networks.

Most of these channels air rigid, fundamentalist and patriarchal interpretations of Islam and Wahhabi clerics sermonising against womens rights. Pakistani news channels, as it is widely know, promote separatist sentiments by addressing terrorists of Hizbul Mujahideen and Lashkare-Taiba as ‘martyrs’ and counter-insurgency operations in Kashmir as ‘human rights violations’.

Growth of radical Islamism in the Kashmir Valley is a concern for security agencies, which are dealing with upsurge in Pakistan-sponsored and separatist staged violence. In the last three days, terrorists who are often dubbed as ‘freedom fighters’ by these channels, have brutally murdered six Kashmiri civilians. Interestingly, these killings hardly attract anger from the majority of local populaces, who believe propaganda broadcast on these stations projecting these victims as ‘collaborators’.