Over 7.5 Crore People Lifted Out Of Poverty Under Last 3 years Of Modi Govt. India No Longer The Country With Most Poor 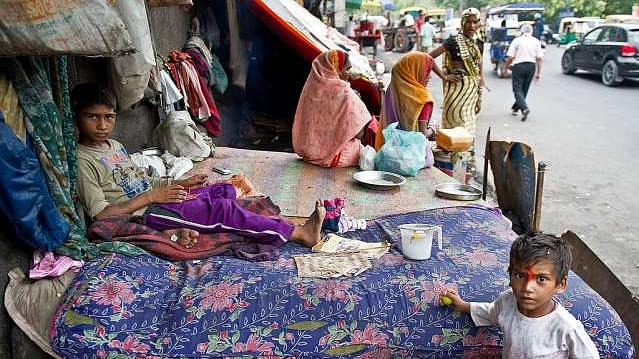 In the last three years of Modi government, India’s has witnessed dramatic decline in extreme poverty, according to report by leading U.S think tank Brookings Institute. The report is based on the measurement carried out by World Poverty Clock.

According to the study, India is no longer the country with the largest number of poor people.

Funded by the Federal Ministry for Economic Cooperation and Development of Germany and created by the Vienna-based NGO called the World Data Lab, World Poverty Clock is based on a global standardized database on income which provides real-time projections on income levels for every individual in the world.

The World Poverty Clock tool shows the number of people living in extreme poverty worldwide. The clock determines the gap between the actual number who have escaped poverty since end-December 2015 and the hypothetical number who should have escaped in order for the world to be on-track to reach the global target of ending poverty by 2030.

The World Poverty Clock uses publicly available data on income distribution, production, and consumption, provided by various international organizations, most notably the UN, WorldBank, and the International Monetary Fund . These organizations compile data provided to them by governments in each country.

In a few cases, governments fail to provide data, it uses models to estimate poverty in these countries, covering 99.7% of the world’s population. It also models how individual incomes might change over time, using IMF growth forecasts for the medium-term complemented by long-term “shared socio-economic pathways” developed by the Institute of International Applied Systems Analysis near Vienna, Austria, and similar analysis developed by the OECD.

The key findings of the study

1. Extreme Poverty In Today’s World Is Largely About Africa

According to our projections, Nigeria has already overtaken India as the country with the largest number of extreme poor in early 2018, and the Democratic Republic of the Congo could soon take over the number 2 spot .

Already, Africans account for about two-thirds of the world’s extreme poor. If current trends persist, they will account for nine-tenths by 2030. Fourteen out of 18 countries in the world—where the number of extreme poor is rising—are in Africa.

2. It Is Now Increasing Becoming Difficult To End Poverty

Between January 1, 2016—when implementation of internationally agreed Sustainable Development Goals (SDGs) started—and July 2018, the world has seen about 83 million people escape extreme poverty. But if extreme poverty were to fall to zero by 2030, we should have already reduced the number by about 120 million, just assuming a linear trajectory. To get rid of this backlog of some 35 million people, we now have to rapidly step up the pace.