‘Owaisi Will Have To Flee Telangana If BJP Comes To Power’: Yogi Adityanath Launches Fresh Attack On AIMIM Leader 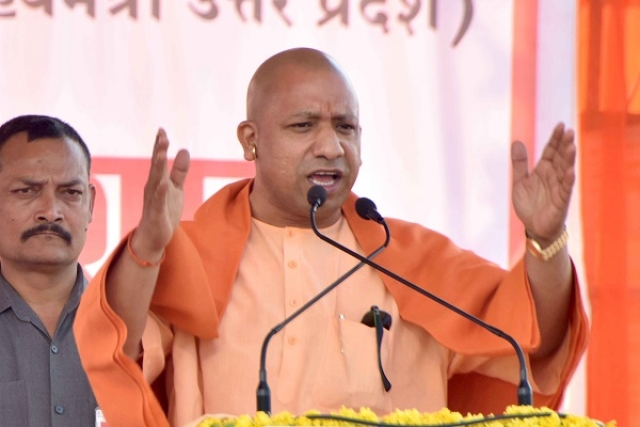 Uttar Pradesh Chief Minister Yogi Adityanath, in his campaign in Telangana’s Vikrabad on Sunday (2 November), claimed that if BJP comes to power in Telangana, All India Majlis-e-Ittehadul Muslimeen (AIMIN) President Asaduddin Owaisi will have to flee Telangana just like the like the Nizam fled Hyderabad.

With less than a week to go for the Telangana Assembly Elections, Yogi Adityanath was addressing an election rally in Vikrabad’s Tandur near Hyderabad.

Uttar Pradesh Chief Minister Yogi Adityanath in Hyderabad: If BJP comes to power I assure you Owaisi will have to flee from Telangana the same way Nizam was forced to flee from Hyderabad. #TelanganaElections2018 pic.twitter.com/xwdcObSBQQ

Adityanath was also quoted as saying that the BJP would protect everyone but at the same time clamp down on those spreading anarchy.

Following the attack, Owaisi has hit back at the Uttar Pradesh CM by claiming that India is his father’s country and nobody can force him to flee, Indian Express has reported.

Adityanath in another rally in Telangana trained guns on the Congress and TRS. He alleged that the two parties don’t want to celebrate Hyderabad’s liberation day as it would pose a threat to their vote bank.

He thus promised that the BJP (if it comes to power) would also celebrate Hyderabad liberation day in the state.