Pak Leader Appeals To US Congress To Table Bill For Free Balochistan, Sindh On The Lines Of Tibet’s Freedom Bill 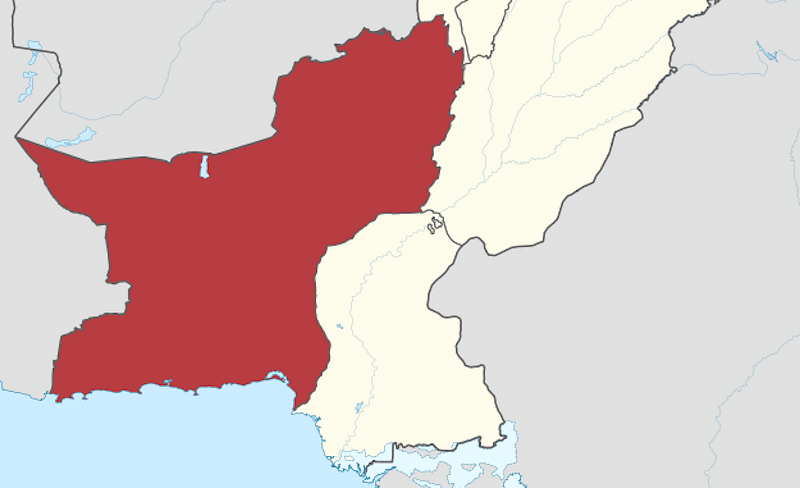 Balochistan province on a map of Pakistan.

The Muttahida Qaumi Movement (MQM) founder Altaf Hussain has appealed to the US Congress to table a bill for the independence of Balochistan and Sindh from Pakistan on the same lines as they introduced a bill on Tibet's freedom from China.

In his latest statement released on Twitter, Hussain said that the US Congress should table the bill for the sake of the humanity and to save the lives of over 80 million people of Balochistan and Sindh who want independence.

While welcoming the US Congress decision to table a bill on Tibet's independence, Hussain said he would like to appeal to all the members of the US Congress to also pay attention to the plight of Baloch people of Balochistan province and Sindhi and Urdu speaking people (commonly known as Mohajir) of Sindh province of Pakistan.

He said Baloch and Sindhi men and women are often subjected to enforced disappearances, extrajudicial killings and put behind bars by Pakistan Army and its intelligence agencies. This, he said, has been going on for the last seven decades.

Ninety per cent people in Balochistan and Sindh provinces want independence from Pakistan, he said.

Praising the move of the US Congress for the bill on Tibet, Hussain said, China had mercilessly curbed the basic fundamental rights of the Tibetans for years. "This is the right time for the Dalai Lama to make more efforts for helpless Tibetans," he added.

The MQM was founded by Hussain in 1984. However, the party split into two factions -- MQM London run by Hussain and MQM Pakistan headed by Khalid Maqbool Siddiqui.