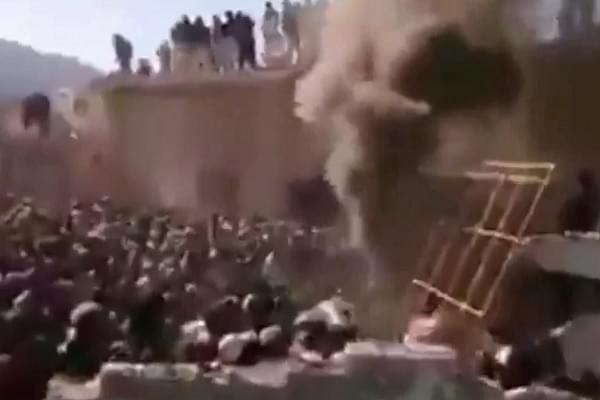 The minority Hindu community in Pakistan's Khyber Pakhtunkhwa province has decided to pardon the radical Islamist mob that had vandalised and burned down a century-old Krishna Dwara temple in the area, reports Times Of India.

A meeting was held between members of persecuted Hindu community and some local clerics from the area to resolve the dispute. In the conciliatory dialogue, informally called 'jirga', the accused have tendered an apology over the attack and a similar incident in 1997.

The Hindu community has reportedly agreed to pardon the mob accused of vandalising the century-old temple and in return the Muslim clerics have assured full protection to the Hindus and their rights as per the country's Constitution.

The temple which is situated in Terri village of Khyber Pakhtunkhwa's Karak district was vandalised by a mob led by some local clerics and members of radical Islamist party Jamiat Ulema-e-Islam. The mob has also destroyed an adjoining 'samadhi' and set it on fire along with an under-construction house owned by a Hindu.

The shrine built before 1920 was a historic place of worship. A Muslim cleric from Karak, who enjoys the support of a militant group, had allegedly instigated the local Muslims against the Hindu community and provoked them to demolish the temple.