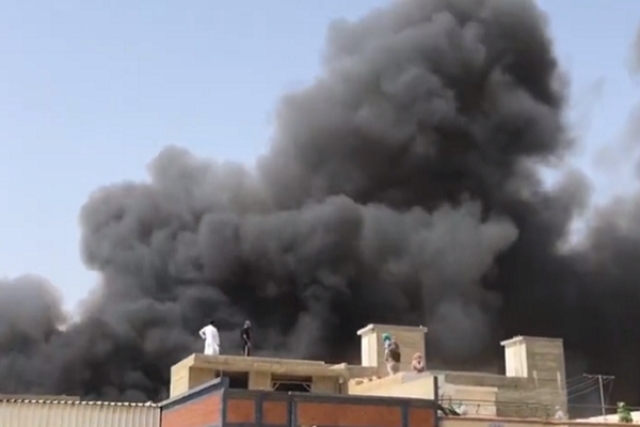 A Pakistan International Airlines (PIA) flight with 107 on board crashed in a residential area near the Jinnah International Airport in Karachi. The Airbus A320 flight from Lahore was approaching the landing runway at the Karachi airport.

A video from the scene shows clouds of black smoke emerging from behind a residential building.

Horrifying, tragic. An @Official_PIA Airbus A320 has crashed in a residential area in Karachi. There were 107 on board. Had taken off from Lahore, crashed during approach to Jinnah Intâl Airport, Karachi. pic.twitter.com/n7dR9lI99N

The flight contained 99 passengers on board and eight crew members. The accident occurred in the Model Colony in Malir. The aircraft was less than a minute away from its landing point.

Emergency services soon rushed in the area and several houses are said to have been damaged in the accident.

Ministry of Health and Population Welfare has declared emergency in all major hospitals of Karachi due to the plane crash, according to Meeran Yousuf, the media coordinator to the provincial health minister.

Last year, a PIA aircraft skidded off the runway while landing at Gilgit airport.

Passengers had remained safe in the accident, but the plane suffered considerable damage.