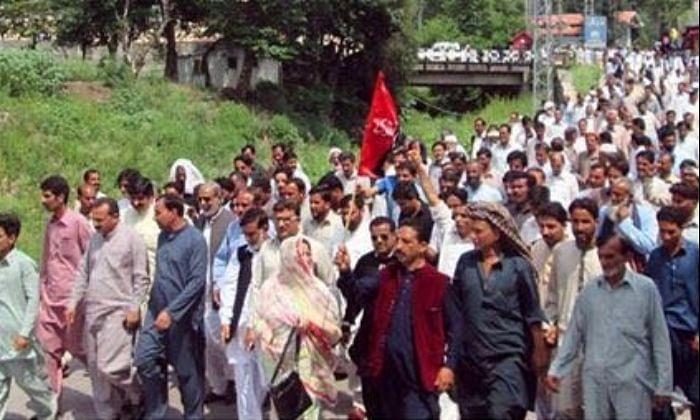 As China opened one of its biggest foreign policy initiatives since 1949 – the One Belt One Road (OBOR) summit in Beijing, which is being attended by heads of state and government of over 23 nations, including Pakistan, protests broke out in Gilgit-Baltistan and Pakistan-occupied Kashmir against the ongoing construction of the China-Pakistan Economic Corridor (CPEC) project under the Belt and Road initiative.

They described the project as an illegal attempt to grab Gilgit and see it as a "Road of Gulami or Slavery for Gilgit-Baltistan ". Protesters across Gilgit see the CPEC and OBOR as a ploy by China to take over their territory. Carrying placards and banners stating "Stop Chinese Imperialism" protesters have been calling on the world community to stop this Chinese transgression on Gilgit's soil which remains disputed since 1948-49.

They claimed that China has entered Gilgit-Baltistan illegally with the help of Pakistan, adding that a well-conceived two-pronged strategy has been put in place to facilitate continued Chinese military presence in Pakistan and to counter the United States through CPEC.