‘Pakistan Should Be Blacklisted By FATF’: General VK Singh Over Islamabad’s Admission Of Pulwama Attack 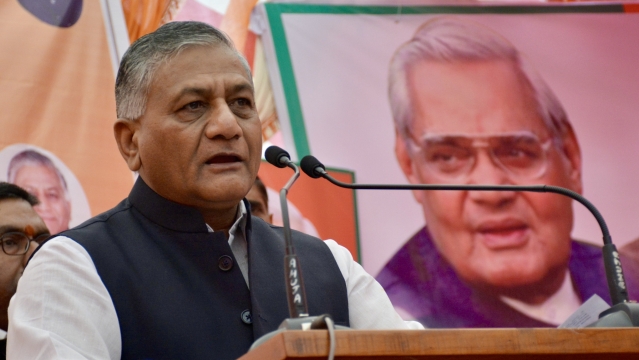 He stated that after this admission, the Financial Action Task Force (FATF) should blacklist Pakistan and that nobody should give aid to the country which aides terrorist activities.

He reportedly told news agency ANI, “I would like to thank him for admitting the truth concerning Pulwama terror attack. We had said right in the beginning that all the leads point towards Pakistan. The government of India subsequently took action against the terrorists that were harboured in Pakistan.”

“I am sure our government will utilise this admission by Pakistan to tell the world that Pakistan needs to be blacklisted by FATF and that nobody should give aid to Pakistan,” he added.

This statement by Chaudhry was made in response to Pakistan MP Ayaz Sadiq who had said that, "When Chief of Army Staff General Bajwa came to meet foreign minister Shah Mahmood Qureshi for a meeting, his legs were shaking and there was sweat on his forehead. Qureshi told him to let Abhinandan go for god’s sake as India was about to attack Pakistan at 9 PM".