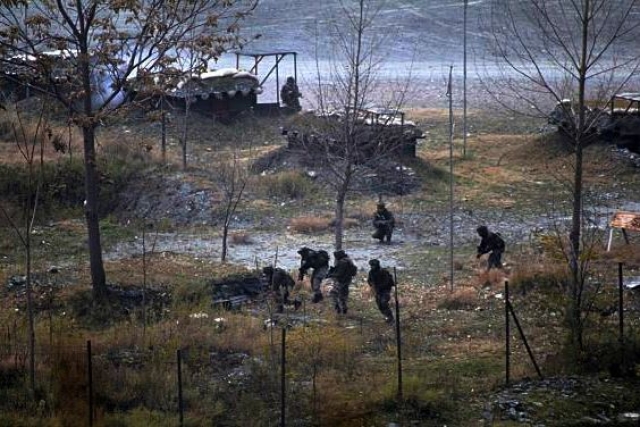 While five Indian soldiers were injured in a ceasefire violation by Pakistan as mortar shells and missiles were fired across the Line of Control (LoC) at several places in Jammu and Kashmir on Tuesday (26 February), Pakistan soldiers used civilians to protect themselves against Indian retaliation, reports Hindustan Times (HT).

District administrations in the state have shut down government and private schools within five km radius of LoC. The situation in the Uri region remains tense.

This ceasefire violation was carried out by Pakistan in response to the Indian Air Force (IAF) strike in Balakot that took place in the wee hours of 26 February (2019). In the raid, hundreds of terrorists belonging to Pakistan-sponsored Jaish-e-Mohammad (JeM) were killed.

“Intense shelling is on and we have been compelled to flee our houses,” a resident of Mankote Mohammed Rashid was quoted as saying.