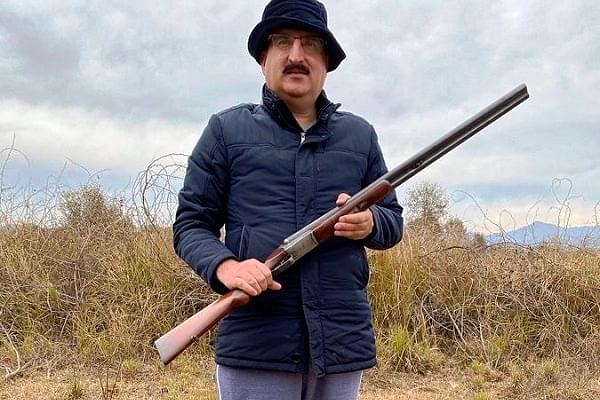 Pakistan’s Information, Sports, Youth Affairs, Archaeology and Tourism Minister, who hails from Bagh in Pakistani Occupied Kashmir, was ridiculed on social media after posting a photo with a double barrelled rifle and a caption, “General Manoj Mukund Naravane we are waiting”.

This twitter post is said to have been made in response to General Naravane’s recent statement that, “there is a parliamentary resolution that entire J&K is part of India. If Parliament wants it, then, PoK also should belong to us. When we get orders to that effect, we'll take appropriate action”.

General Naravane had earlier also said the Army was ready to conduct larger-scale operations in Pakistan-occupied Kashmir "should that be the mandate”.

This response by the Pakistani Minister to General Naravane led many to mock the former.

This Vasco da Gama ki gun will win us WWIV. What are we waiting for? ð¤ https://t.co/UPui9nfwGj

I am not an expert. But you can't make threats in pajamas. Doesn't work. https://t.co/oe9zFiwPSo