Pakistani Science And Technology Minister Misspells ‘Satellite’ Trying To Mock Chandrayaan 2; Twitterati Give It Back 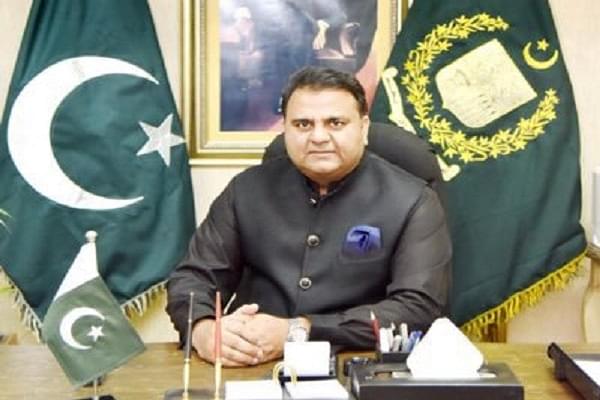 In a desperate attempt to mock India’s Chandrayaan 2, Pakistan’s Science and Technology Minister Fawad Chaudhry ended up misspelling ‘Satellite’ as ‘Sattelite’ as users from across the world ridiculed the Imran Khan appointed minister for his statement.

His tweet read, “Modi g is giving Bhashan on Sattelite communication as he is actually an astronaut and not politician, Lok Sabha should ask him QS on wasting 900 crore Rs of a poor nation.”

Modi g is giving Bhashan on Sattelite communication as he is actually an astronaut and not politician, Lok Sabha shld ask him QS on wasting 900 crore Rs of a poor nation... https://t.co/48u0t6KatM

However, minutes after his tweet, Twitter users started to call him out for his hateful comments. Some Pakistani users also stepped forward and tried to educate their minister, and stood by India’s side for making efforts.

Despite getting trolled, Chaudhry did not stop and continued with a series of tweets spitting venom against India’s space programme.

The Vikram lander lost communication with the Bengaluru mission control centre about three minutes before touchdown as it deviated from its scheduled flight plan. The lander was around 2.1 KM above lunar surface at that time.