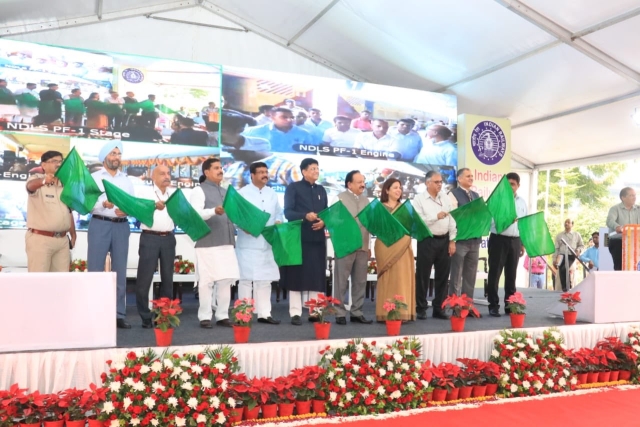 The 10 Sewa Service trains launched on Tuesday in the first go are meant to connect smaller cities to bigger ones, reducing the traffic on the roads, while easing the commute for the passengers.

While the trio of Union Ministers flagged off the Delhi-Shamli daily passenger train from New Delhi, other routes launched include trains between Bhubaneswar and Nayagarh town, Murkongselek and Dibrugarh, Kota and Jhalawar City, Coimbatore and Palani. The other trains under the programme will run from Vadnagar to Mahesana, Asarya to Himmatnagar, Karur to Salem, Yesvantpur to Tumkur, and Coimbatore to Pollachi.

Some of the trains trains launched under the Sewa Service shall be run by the Indian Railways for six days a week, while some will be provide daily services. It should also be noted that Tamil Nadu is the biggest beneficiary as three of the ten trains launched are to operate in the state.