'Please Tell The People Of This Country, My Life Is Under Threat': Arnab Goswami Appeals From Police Van 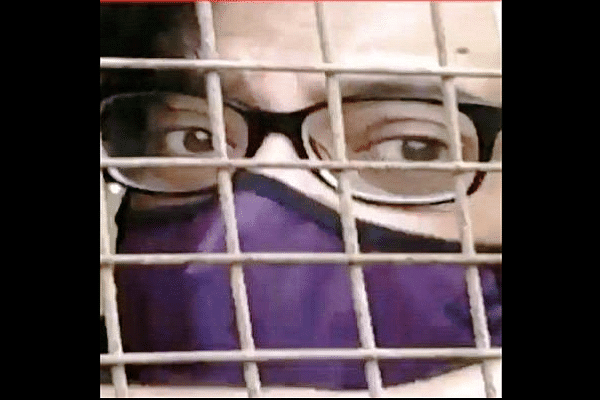 Republic TV's Editor In Chief Arnab Goswami while being taken to Taloja Jail today (8 November) alleged that his life is under threat and that cops are not allowing him to speak to his lawyers.

Arnab while momentarily managing to speak from a police van, also alleged that he was pushed and assaulted this morning.

"My life is under threat, I am not being allowed to speak to my lawyers, I was pushed and assaulted this morning...they said we will not let you speak to your lawyers, please tell the people of the country my life is under threat", Arnab told Republic TV before the cops cut him off by covering the vehicle's windows.

Arnab was arrested a few days ago in connection with a 2018 abetment to suicide case (recently reopened by the cops), in what he and his supporters claim is being done out of vendetta by the Shiv Sena led Maharashtra government.

It was earlier reported that Arnab in his Bombay High Court petition had alleged that following his arrest serious injuries were inflicted on his spinal cord and hands. He additionally claimed that cops had beaten him using shoes and forced him to drink a liquid by cops which choked him.