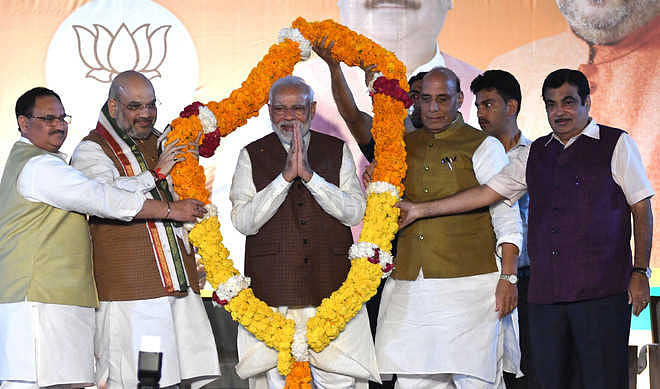 In the last one week, PM Modi has been holding multiple personal interactions with different groups of union ministers. This exercise is reportedly targeted to take a stock of the performance of those individuals as the central government completed its second year in office of the present term last month.

BJP national president JP Nadda apparently attended all of these meetings that were held at the PM’s official residence at 7, Lok Kalyan Marg.

Most of these meetings are said to have lasted for more than five hours as the PM took a detailed note at the working of several ministries, India Today reports.

The discussions attended by the likes of Gadkari, Singh, Gowda amongst others is reportedly the fifth in the series and possibly the last scheduled one too. With many prominent individuals like Rajya Sabha MPs Jyotiraditya Scindia, Sushil Kumar Modi and former Assam CM Sarbananda Sonowal waiting in the wings, a cabinet expansion or reshuffle could reportedly take place in the near future.