PM Modi Launches 23 Projects Worth Over Rs 17,500 Crore In Uttarakhand 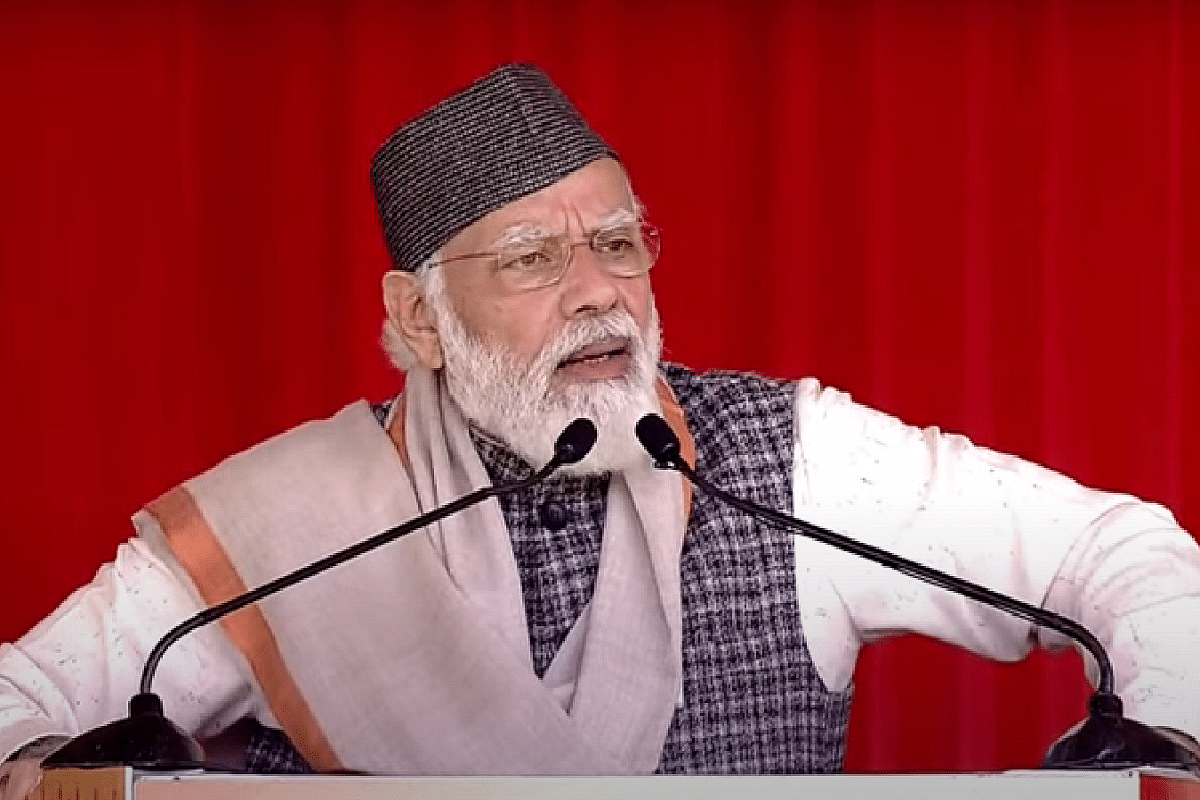 Prime Minister Narendra Modi inaugurated and laid the foundation stone of 23 projects worth over Rs 17,500 crore in Uttarakhand today (30 December).

He laid the foundation stone of the Lakhwar Multipurpose Project which was first conceived in 1976 and was pending for many years.

The Prime Minister laid the foundation stone of Aroma Park at Kashipur and Plastic Industrial Park at Sitarganj and multiple other initiatives in housing, sanitation and drinking water supply across the state.

The projects whose foundation stones were laid include four laning of 85 km Moradabad-Kashipur Road to be built at a cost of over Rs 4,000 crore; two laning of 22 km stretch of Gadarpur-Dineshpur-Madkota-Haldwani road (SH-5) and 18 km stretch of Kiccha to Pantnagar (SH-44); construction of 8 km long Khatima bypass in Udham Singh Nagar; construction of four lane National Highway (NH109D) being built at a cost of over 175 crore.

The three stretches are from Chyurani to Ancholi (32 km), from Bilkhet to Champawat (29 km) and from Tilon to Chyurani (28 km).