PM Modi Likely To Be Vaccinated In Second Phase Of Covid-19 Immunisation Drive In March-April: Report 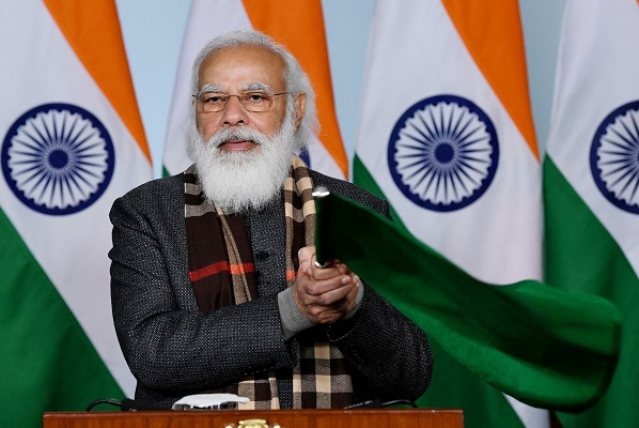 Prime Minister Narendra Modi is likely to get vaccinated for Covid-19 in the second phase of the ongoing immunisation drive, government officials revealed on Wednesday (20 January), reports Hindustan Times.

The officers underlined that PM Modi was opposed to politicians jumping the queue to get inoculated ahead of their respective turns.

The country is currently administering the Covid-19 vaccine to three crore frontline healthcare workers. Following the first phase, 27 crore people who are aged above 50 years and carry other medical conditions will be vaccinated in the second phase. The 70-year-old PM Modi will probably fall under the second category and is likely to take the vaccine shot around March-April.

“PM will take the vaccine when his turn will come after completion of the first phase. He himself said this in his meeting with chief ministers that politicians shouldn’t try to break the queue and only take the vaccine when their turn comes,” an official from the Prime Minister’s Office was quoted in the report.

As of now, the Covishield vaccine manufactured by the Serum Institute of India and Covaxin developed by Bharat Biotech are being administered in the country.

However, it is unclear which of the two vaccine shots PM Modi will take as a Health Ministry official refused to comment on the issue.

"It’s too early to say anything,” the Health Ministry official was quoted as saying.