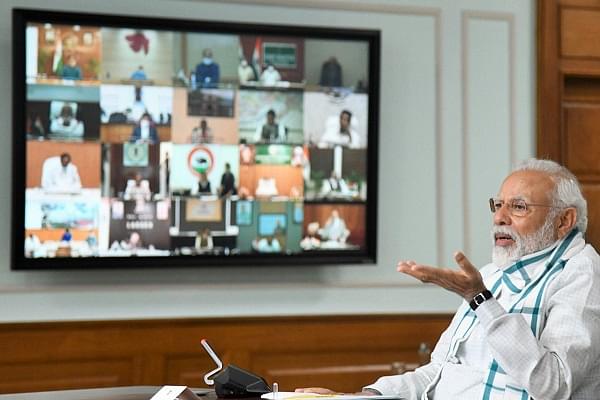 In a significant development, the Centre is likely to soon hold discussions with all regional parties in the Union Territory (UT) of Jammu and Kashmir (J&K) before the end of June, and the said meeting will likely be chaired by Prime Minister (PM) Narendra Modi, reports The Economic Times.

The meeting is also likely to be attended by Union Home Affairs Minister Amit Shah and other leaders from the Union Government. For the said meeting, the Centre may invite National Conference (NC) chief Farooq Abdullah, PDP chairperson Mehbooba Mufti, Altaf Bukhari of the Jammu and Kashmir Apni Party (JKAP) and People's Conference head Sajjad Lone.

The meeting will likely take up discussions on the Government's initiatives to bolster political processes, including holding assembly elections in the UT.

It should be noted that CPI(M) leader and spokesperson of the People's Alliance for Gupkar Declaration (PAGD) M Y Tarigami has, while there has been no word from New Delhi, but if it happens, it would be welcomed. PAGD is an alliance of political parties, which also include NC and the PDP.

JKAP's president Altaf Bukhari has also said, "I welcome, if and when, the talks take place. This vindicates our position of March 2020 when we had made it clear that dialogue is the only mechanism to restore democracy and statehood for Jammu and Kashmir." He added, "Better late than never as the solution to all our problems lies with New Delhi and nowhere else."