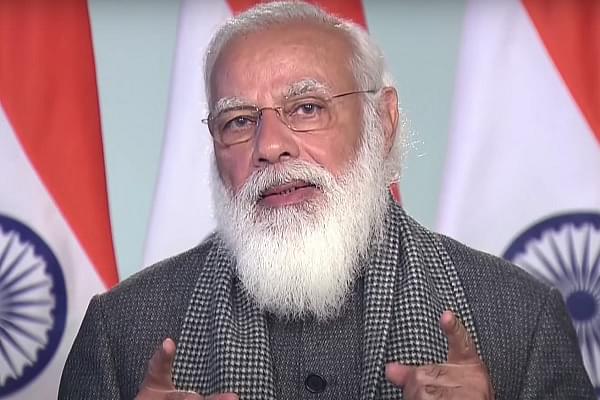 Prime Minister Narendra Modi will be on a day's visit to Assam and West Bengal on 7 February to lay the foundation stone for several key infrastructure projects.

According to a Prime Minister's Office (PMO) statement, PM Modi will visit Assam on Sunday (7 February) around 11.45 am and will lay the foundation stone of two hospitals and launch 'Asom Mala', a programme for state highways and major district roads, at Dhekiajuli in the state's Sonitpur district.

Later on the same day, the Prime Minister is scheduled to visit Haldia in West Bengal around 4.50 pm. There, he will lay the foundation stone of key infrastructure projects.

The statement said PM Modi will dedicate to the nation the LPG import terminal built by Bharat Petroleum Corporation Limited in West Bengal, which has been constructed with an investment of around Rs 1,100 crore and has a capacity of one million metric tonne per annum.

It said that LPG import terminal will cater to the growing requirement of LPG in West Bengal and other states in eastern and north-eastern India and is an important step towards realizing the vision of the Prime Minister to provide clean cooking LPG to every household.

The Prime Minister will also dedicate to the nation the 348 km Dobhi-Durgapur Natural Gas Pipeline section, which is part of the Pradhan Mantri Urja Ganga project.

According to the statement, the pipeline, which has been constructed with an investment of about Rs 2,400 crore, will help revival of HURL Sindri (Jharkhand) fertiliser plant, supply gas to Matix Fertilizer Plant in Durgapur (West Bengal) and cater to gas demand of industrial, commercial and automobile sectors, and city gas distribution across all major towns in the state.

PM Modi will then lay the foundation stone of the second Catalytic-Isodewaxing unit of Haldia Refinery of Indian Oil Corporation, which will have a capacity of 270 thousand metric tonne per annum, and once commissioned, is expected to result in a saving of about $185 million in foreign exchange.

Modi will also dedicate to the nation the four lane ROB-cum-flyover at Ranichak, Haldia on NH 41, which has been built at the cost of Rs 190 crore.

The statement said that these projects are in line with Prime Minister's vision of Purvodaya, of driving growth of Eastern India. Governor and Chief Minister of West Bengal, and Union Minister for Petroleum and Natural Gas will be present on the occasion.

In Assam, the Prime Minister will launch 'Asom Mala', aimed at helping improve state highways and major district roads network in the state.

The statement said that the programme is unique for its emphasis on effective maintenance through continuous field data collection and its linkage with the Road Asset Management System.

Assam Chief Minister Sarbananda Sonowal will also be present on the occasion.

The Prime Minister will then lay the foundation stone of two medical colleges and hospitals, which are being set up at Biswanath and Charaideo, at a total estimated project cost of over Rs 1,100 crore.

It said that each hospital will have 500 bed capacity and 100 MBBS seats capacity.